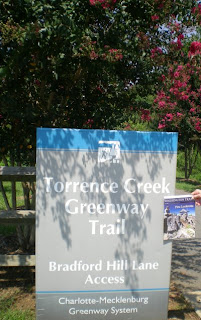 I have to fly back and forth from Seattle to the East Coast for work and I was able to sneak in a few little hikes the last couple of days. In Charlotte, NC I hiked for 2.8 miles along the Torrence Creek Greenway 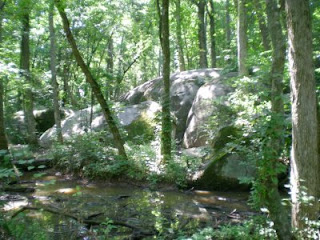 and another mile on the Duke Energy Explorium Nature Trail, which is located at the McGuire Nuclear Station on Lake Norman. Lake Norman is the state’s largest man-made lake and was built by Duke Power in 1963 by damming the Catawba River with the Cowans Ford Hydroelectric Station. At the Explorium and the Nature Trail there are signs about what to do if the warning sirens go off! Luckily there were no incidents while we were walking around the nature trail and I didn't have to worry about evacuating the area. :-) 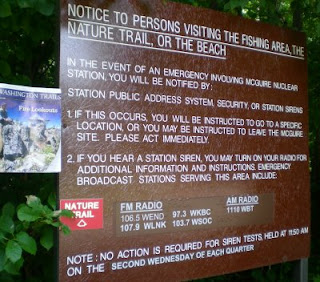 The next day in Pennsylvania, I hiked along the Radnor Trail in Wayne, PA.
This is another "rail-trail," always a favorite of mine! Electric trolleys, part of a railroad leading to 69th Street Terminal in Philadelphia, once followed this path. Today, bridges, supports that once elevated stations, and a substation building are all that's left of the "Strafford Branch" of the Philadelphia and Western Railway. 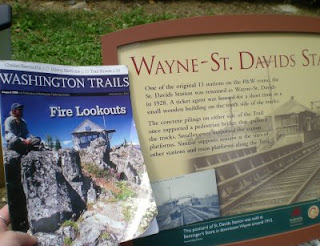 The Railway operated through the towns of Wayne, PA and Radnor, PA for fifty years. After the trains stopped running, it sat vacant for almost as much time. Now the right-of-way is in active use once again as a hiking-biking trail.

After a quick jaunt down the Radnor Trail, it was off to Valley Forge National 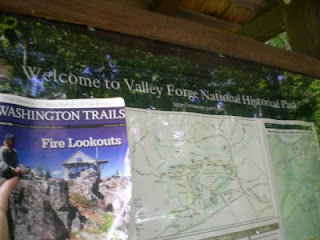 Historic Park. I climbed up Mount Misery along the Covered Bridge and Horse-Shoe Trails. The Horse-Shoe Trail is a 140-mile hiking and equestrian trail that runs from Valley Forge to the Appalachian Trail in southeastern Pennsylvania. 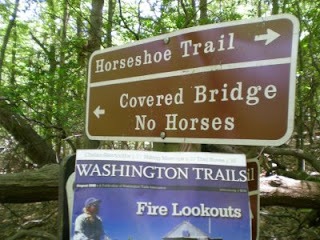 I had no idea that this trail existed. I think it is a pretty cool idea that it runs all the way out to the AT. Like standing on a portion of the Pacific Crest Trail out here in Washington State and imagining that you could just start walking and end up down in Mexico! :-) Not that I would ever do anything like that....Ryan would, but not me! :-) Also while at Valley Forge, I climbed up Mount Joy! I couldn't end the day on Misery ya know! 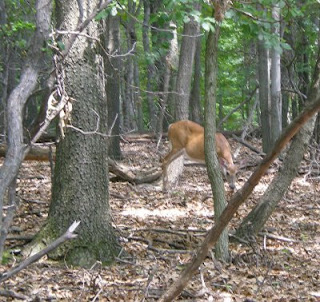 Many thanks to Sheba and Miz Scarlet for squiring me around in Pennsylvania.
Posted by Amanda from Seattle at 10:49 AM