Books I read in September 2015 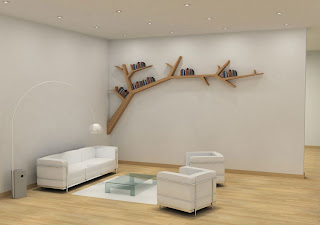 Finders Keepers by Stephen King (library) some cross over characters from Mercedes Man....it will be interesting to see where else he goes with this, because at the end....there are still unresolved issues.
Day Four by Sarah Lotz (library) This is why I don't go on cruises!! Bad things happen on Day Four of a Cruise!Stephen King could have written this, very sinister/supernatural vibe. Loved it
The Girl on the Train by Paula Hawkins (library) enjoyed it very much....Of course the spoiler is that there is a twist.....so I had it figured out immediately, because of this.....and I was right.
The Mountain Story by Lori Lansens (library) really enjoyed this.....hikers out there, put this on your TBR list, a survival story about being lost on a mountain
The Water is Wide by Pat Conroy (library) Scheduled to go to an island in South Carolina for my birthday this coming March and read this one because it is set on an island in South Carolina. I had read it previously when I was in high school.
Portuguese Irregular Verbs by Alexander McCall Smith (audiobook) I cannot decide if I liked it or not. I liked parts of it. But on the whole, I am not a huge fan of any of his books. I don't think I will read anymore in this series
The Black Ice by Michael Connelly (library) still trying to get through the Bosch books
Ruth Fielding Clearing Her Name by Alice B Emerson (library) this is one of the Ruth Fielding titles that was written by Mildred Wirt (author of many of the Nancy Drew books)  I found it at a used bookstore while I was on a layover and could not allow it to stay there, now it will go onward to another collector.
A God in Ruins by Kate Atkinson (library). Loved the characters. She really makes you care about them.  Teddy says at one point, his life is boring and nothing really happens to him. However, she puts just enough suspense in.   What happens to Nancy? What happens to Dominic? Loved it. If you are a Downton Abbey fan this covers some of the same time periods WWI thru WW II. And more. It is a sort of companion piece with her previous book Life after Life. And just so you know, I cried buckets at the end of the book.
The Luckiest Girl Alive by Jessica Knoll. (library) a mash up of Sex in the City and Gone Girl.  It was okay.
Lord of Misrule by Jaimy Gordon (library) about a racetrack.  I learned a lot considering I've only been to the track twice and watch the Kentucky Derby once in a blue moon. It is fiction, like one of my favorite movies, Let it Ride.
Into the Night by Cornnell Woolrich and Lawrence Block. This book was found among Cornnell Woolrich's papers when he died.  Lawrence Block helped to finish it for publication.   A great noir novel.
The Last Days of the Romanovs by Michael Mullen. In the wake of my trip to St Petersburg, I've been enjoying reading about Russia  I picked up this book at Oxfam in Ireland.
The Busy Body by Donald Westlake.  A fun novel about gangsters 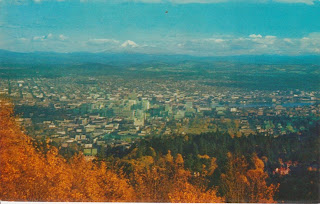 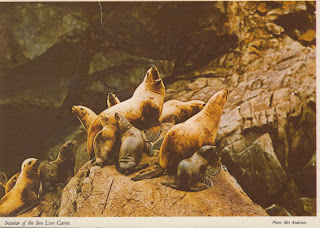 Oregon has more ghost towns than any other state. Eugene was the first city to have one-way streets.
Oregon and New Jersey are the only states without self-serve gas stations. The hazelnut is Oregon's official state nut. Oregon is the only state that has an official state nut. The hazelnut is also known as the filbert.
Posted by Amanda from Seattle at 5:13 PM 1 comment: 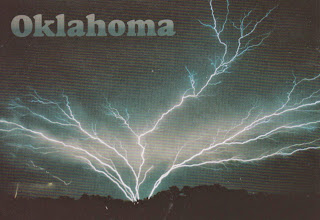 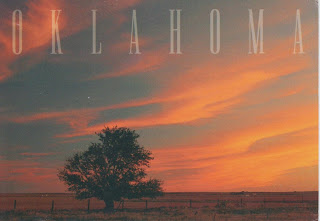 Per square mile, Oklahoma has the most tornadoes of any state in the USA. The State Capitol is the only capitol in the world surrounded by working oil wells. Not too many years ago, giant oil rigs dotted the grounds of the Oklahoma capitol. Also Oklahoma is one of two states that have the name of the state in the name of the Capitol, Oklahoma City. The other is Indianapolis, IN.
Posted by Amanda from Seattle at 5:12 PM No comments: 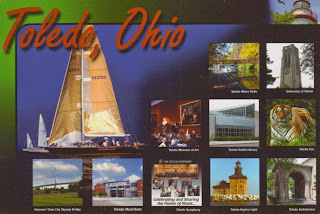 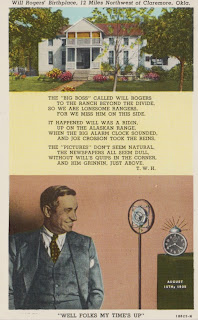 .
My Dad was born in Akron, Ohio. Charles Goodyear of Akron developed the process of vulcanizing rubber in 1839. And Akron is known as the rubber capital of the world.
Ohio's state flag is a pennant design. It is the only state flag of that design in the United States.
Posted by Amanda from Seattle at 5:10 PM No comments: 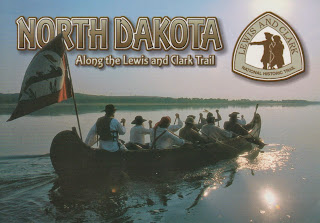 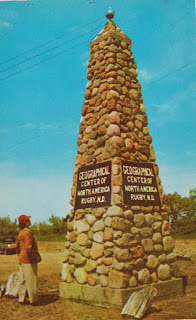 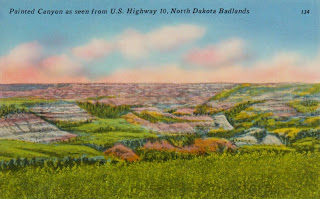 When Dakota Territory was created in 1861 it was named for the Dakota Indian tribe. Dakota is a Sioux word meaning friends or allies. The Canadian provinces of Saskatchewan and Manitoba on the north, Minnesota on the east, South Dakota to the south, and Montana as its western neighbor border North Dakota. North Dakota grows more sunflowers than any other state.North Dakota is the only state that I have not visited. It is on my bucket list.
Posted by Amanda from Seattle at 5:09 PM 1 comment: 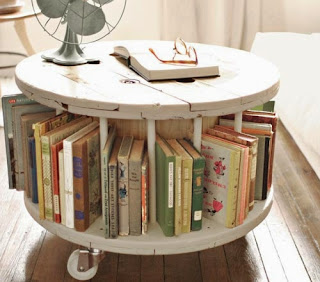 Where'd You Go, Bernadette: A Novel by Maria Semple (library audiobook)  Listened to on my way to trailheads for WTA hike-a-thon hikes. I read this one when it first came out and it was a totally different experience listening to it. The memo's and email's format was a little weird to hear instead of read. I enjoyed Bernadette's rants about the things she hates about Seattle, cracked me up.
Zone One by Colson Whitehead (library) another post apocalyptic novel. I liked it  All you Zombie/I am Legend, Walking Dead fans out there, check this one out too.
Think of a Number by John Verdon (library) great mystery/thriller. I enjoyed it
Come Tell Me How You Live by Agatha Christie Mallowan  A nonfiction account of her days on an archaeological dig in Syria with her husband, renowned archeologist Max Mallowan. I loved it!! Of course I am a HUGE Christie fan and this little book is just a slice of life of what it was like for her to go with him on these digs in the Middle East. Very fascinating considering everything that has gone on there in recent history. The book was published in 1946, so it is very interesting to see her view of the area from that time period.
The Associate by John Grisham (audiobook) I stopped reading Grisham after Street Lawyer...I have never been a huge fan of the legal thriller.  So I don't think I ever read this one prior to listening to it on tape.
Flashback by Nevada Barr I reread this one, the first time I had read it, I had not been to the Dry Tortugas. So after having been to the Fort, it was easier for me to imagine the things that she had going on there
Chasing the Dime by Michael Connelly I liked this one. It was not a Hieronymous Bosch one, but was still enjoyable. And the case does tie in with a case that H. Bosch worked in another book.
A Tree Grows in Brooklyn by Betty Smith I had not read this since I was about 12 or so!
Dark of the Moon by John Sandford  Another Virgil Flowers mystery. Great fun
Cold Company by Sue Henry Murder Mystery set in Alaska
Break Up by Dana Stabenow another Alaska Murder Mystery and for some reason, this one makes me laugh a lot. It has a lot of craziness in it about spring in Alaska. I especially enjoy the parents who come to visit their daughter and all that they experience in a single day.
The Last Picture Show by Larry McMurtry I enjoyed this one, much more on a second reading. I remember not really liking it that much the first time. And I was never a huge fan of the movie either.
Towards Zero by Agatha Christie These last 8 books are paperbacks that I brought with me on vacation in Eastern Europe. After I finish each book, I am leaving it here at book exchanges in the hostels and inns. This also leaves more room in my luggage to bring home souvenirs! :-) So they are all books that I have read before and they are paperback copies that I got from used bookstores at home specifically to leave here in Europe.
The Almost Nearly Perfect People by Michael Booth ( library) behind the myth of the Scandinavian Utopia.   Since I have been loving all things Swedish.  I really enjoyed this look at the area and culture of all these countries.  I learned a lot!
Fahrenheit 451 by Ray Bradbury I could not resist picking this one up at one of our hotels in St. Petersburg, Russia. It is in English, but published by a Russian Company as part of their series of classics. I also enjoyed this one on a second reading. It was never a favorite when I read it as a kid.
Wolf to the Slaughter by Ruth Rendell read these last two on the flight home
Poirot Loses a Client by Agatha Christie I always have time to read another Agatha Christie!!
Inherit The Family by Vello Vikerkaar I found out about this author when I was in Estonia. He is from Canada (and of Estonian descent) he married an Estonian and now lives there.....this is a collection of stories that he wrote about the Expat experience in Tallinn. Very entertaining!
Tantra Man by Vello Vikerkaar Another collection of stories about being an ExPat in Estonia. I really enjoyed these, and because my family has experience with being Expat, and I like to think of myself as a sophisticated and worldly world traveler....I could relate to much of it. :-)


Posted by Amanda from Seattle at 4:28 PM No comments: