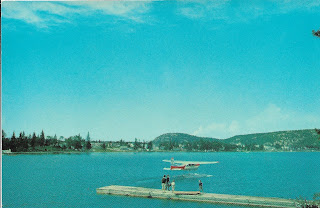 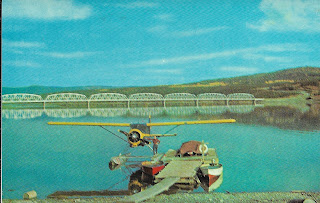 Seaplanes on postcards, really how cool is it to land on water?? Super cool
Posted by Amanda from Seattle at 2:48 PM No comments:

Aviation Postcards: The view from the Tower! 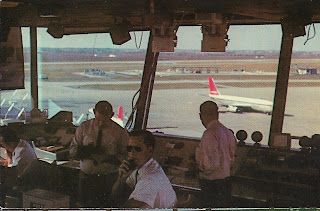 This is the control tower at O'Hare in Chicago 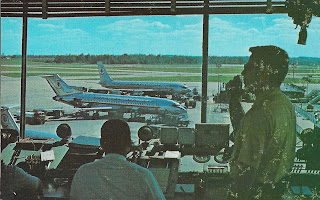 This is the control tower at CVG, Cincinnati Airport
These Postcards show you the view from the control tower at different airports in the 1970's. And there is a movie from 1999 called Pushing Tin which gives you a glimpse into the world of air traffic control.  https://youtu.be/A2S6ys_XZCU
Posted by Amanda from Seattle at 2:44 PM No comments:

Happy New Year and welcome to my postcards for 2022. I scoured my collection for all postcards that pertain to aviation. So this year we will look at Airplanes, airlines, airports and flight attendants etc on postcards. If it has anything to do with aviation, I will be showing it this year. 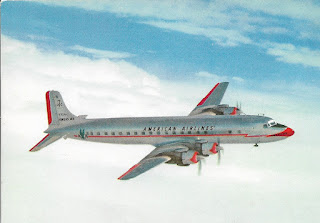 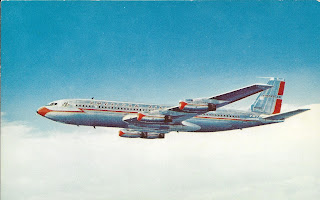 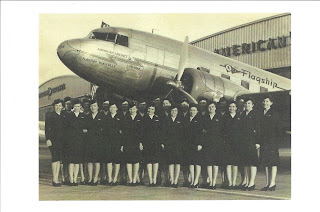 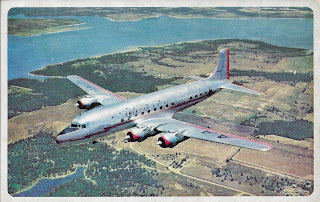 This postcard is cute because of what it has on the back of the card, it was prefilled in so that you could customize your flight information. 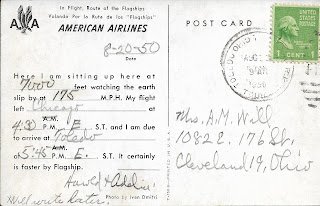 Posted by Amanda from Seattle at 2:41 PM No comments: 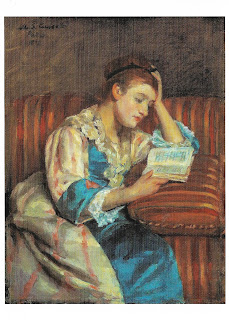 Whisper by Chrissie Keighery (library) a YA novel and the twist is that the protagonist has gone deaf and has to navigate the world of growing up and teenage angst with a loss of hearing.
Dead Cert by Dick Francis   steeplechase jockey sees the rider before him die falling at a jump and sees that it was not just an accident.
A Gravestone Made of Wheat by Will Weaver short stories about homesteading in the midwest.
The Mystery of Mrs. Christie by Heather Terrell (library) I thoroughly enjoyed this fictional imagining of the disappearance of Agatha Christie in 1926. Forever a mystery. It has me wanting to read more of her autobiography and books again in chronological order.
Later by Stephen King Really enjoyed this one, more so than some of his other latest writings. harks back to Firestarter, Carrie, etc where a young boy has supernatural powers and has to learn to live with it.
An Expert in Murder by Nicola Upson Josephine Tey is the protagonist and I really enjoyed this and will be reading more from this author.
Luncheon of the Boating Party by Susan Vreeland (audiobook) I listened to this one in the car as usual and I constantly wanted to refer to the painting while listening. It was very interesting. The logistics of getting that many people to sit for a painting, things that I never think of when I look at some of these classical paintings (when today folks just take photos and then refer back to them in their studio)
Open Mic Night in Moscow by Audrey Murray (library) quite a fun read. She herself likens it to Eat, Pray, Love but with Yak Herders.... or Wild only in Tajikistan  So it is her finding herself by traveling through Russia and the former Soviet Union Republics.  I enjoyed it, but I also  have a fascination with Russia.
The Mysterious Affair at Styles by Agatha Christie after reading the Mystery of Mrs. Christie, I had the desire to reread all her books in chronological order. (to see the evolution of her style and how the books fit in her personal history) This was the first and introduces us to Hercule Poirot
Made in China by Amelia Pang (library) True story of an SOS note that was found in cheap dollar store items made in China. Political Prisoners forced into labor making cheap goods for the USA market. And it definitely made me rethink the times I buy things from the dollar stores.
Footsteps New York Times Travel columns compilation (library) Literary Pilgrimages from around the world. This book is right up my alley. I have often in my travels gone to places just because they are featured in books or movies or because the author was there. Following Julia Child's footsteps through Paris or Hemingway in Cuba, Key West and Idaho! Iowa and Honduras for Nancy Drew author Mildred Wirt. Movie locations in Ireland and Scotland, Hawaii, North Carolina and Montana. This book gave me many new ideas of places I need to go!!
Fuzz by Mary Roach (library) What happens when animals "break the law" and especially if they are rare or endangered, but they are dangerous to us.  From animal attacks to managing bears and elephants, I found it fascinating to learn about animal management all over the world.
Posted by Amanda from Seattle at 11:22 AM No comments: 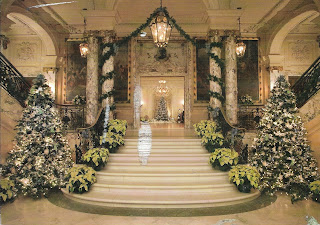 Happy New Year and Hopefully, many far flung travels in our futures!
Thank You to all my friends who send me postcards throughout the year, even when they don't travel. 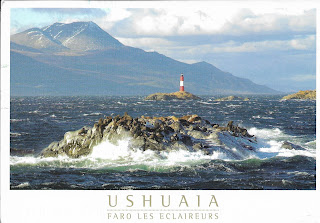 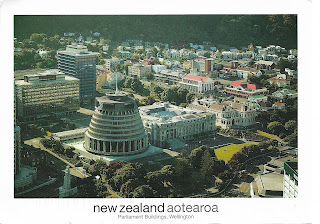 Posted by Amanda from Seattle at 1:27 PM No comments:

These just look Christmasy to me, actually the first card is Merry Christmas in German! 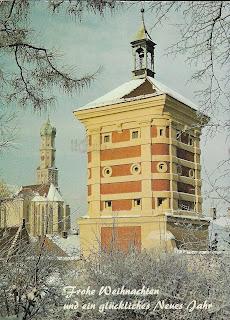 Some Christmasy Postcards from Friends. (note that postcard stamps are less expensive than regular stamps! Save money on Christmas cards and send Christmas postcards!!) 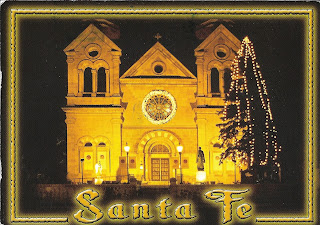 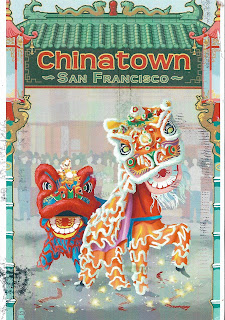 Posted by Amanda from Seattle at 8:50 AM No comments: 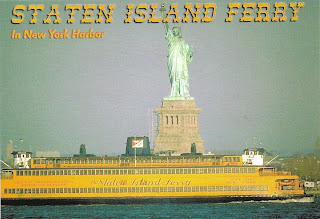 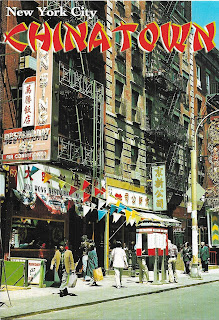 Posted by Amanda from Seattle at 1:17 PM No comments: