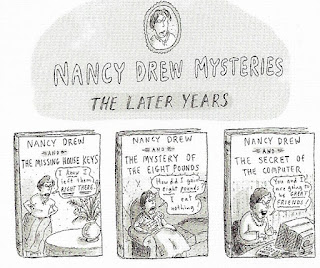 The Seven Dials Mystery by Agatha Christie (library) Another thriller style mystery from her early writing career. Full of crazy nicknames, folks called Bundle and Pongo and Socks
Poirot Investigates by Agatha Christie short stories featuring the eccentric Belgian detective
The Hollow by Agatha Christie (library) Lots of star-crossed lovers in this book. A is married to B but loves C.  X also loves C.  Y loves A but A loves C, D loves Y but Y loves A. Etc Etc Etc. So when A is murdered who done it???
Agatha Christie the Finished Portrait by Dr. Andrew Norman (library) If you look at the Agatha Christie Autobiography and think, oh dear, I'll never read all that! This is the book for you. Dr. Norman condenses it all down to a few chapters AND he analyzes her 1926 disappearance, comparing it to her book, Unfinished Portrait (written under the name, Mary Westmacott. Unfinished Portrait is basically autobiographical. The story is the story of Christie's life only the names are changed.)
The Vanishing Half by Brit Bennet twin sisters: one passes for white and one remains light skinned black. Very good.
The Patriotic Murders by Agatha Christie aka One, Two Buckle My Shoe, aka An Overdose of Death  why oh why did they feel the need to change the titles for the USA market? Several Agatha Christie books have different titles for the USA and I can get confused as to if I have read the book already or not. This book has 3 titles. UGH. But is is a good read. Who would kill the dentist??
Endless Night by Agatha Christie This one is more like a romantic melodrama than a mystery. Poor boy and Rich girl meet and marry and build their dream house on property with a Gypsy Curse!
The Blue Tattoo by Margot Mifflin (library) the story of Olive Oatman who was kidnapped by Indians and lived among them for many years before being liberated and returned to white society.
The Boys by Ron and Clint Howard (library) Their memoir about growing up as child actors in Hollywood. I enjoyed it.
Dumb Witness by Agatha Christie this is the one where they blame the death on the dog (who is the dumb witness) but Poirot figures out who done it.
Second Wind by Dick Francis in this mystery, the protagonist is a weatherman/meteorologist. I like how Francis would use all sorts of different professions and still tie them to horse racing.
Magpie Murders by Anthony Horowitz (library) quite fun. I had seen the mini series and so I just had to read the book. And the book is wonderful.
Posted by Amanda from Seattle at 2:22 PM No comments:

Postcards that show the passenger experience from years ago! 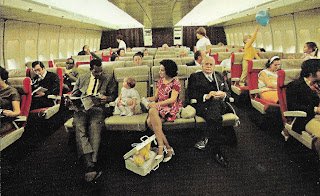 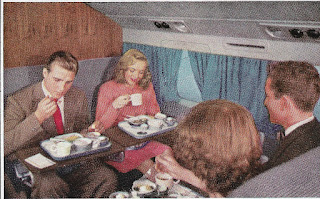 Posted by Amanda from Seattle at 3:13 PM No comments: 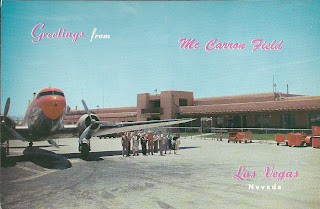 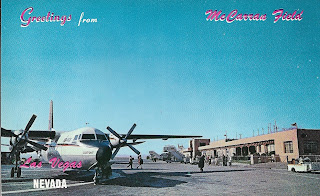 Posted by Amanda from Seattle at 3:10 PM No comments: 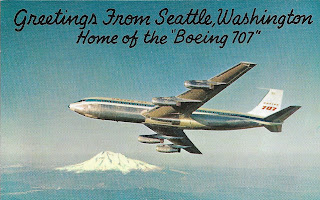 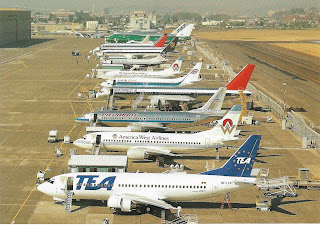 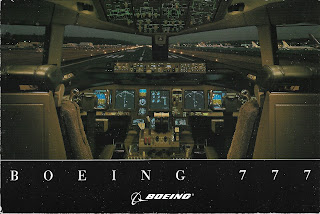 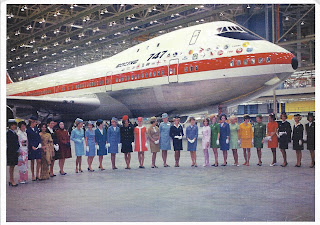 These postcards are all from Boeing in Seattle, WA
There is a funny old movie called Boeing, Boeing
https://www.tcm.com/video/193588/boeing-boeing-original-trailer/
Posted by Amanda from Seattle at 3:08 PM No comments: 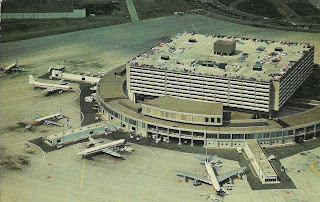 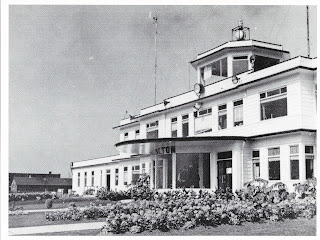 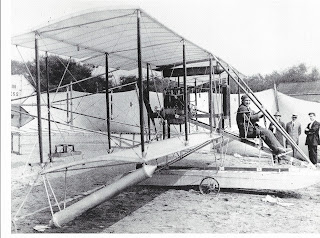 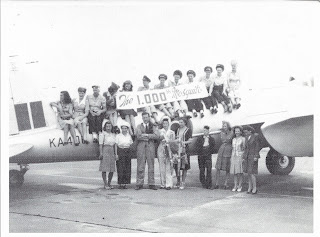 Posted by Amanda from Seattle at 3:05 PM No comments: 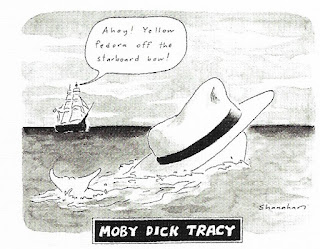 Mysterious Skin by Scott Heim Such a sad book. Two boys are molested by their Little League Coach, one becomes a street hustler and the other thinks he was abducted by aliens.
The Mystery of the Blue Train by Agatha Christie (library) not my favorite. This one was written while she was going through the most difficult time of her life, with the death of her mother and the split from her husband with her break down and disappearance.
Flying Blind by Peter Robison (library) The story of the 737 Max and Boeing. Very interesting and I recommend
The Christie Affair by Nina de Gramont (library) So I have been crazy reading everything about Agatha Christie lately and this appeared at my local library as having just been published and it is a fictional story about the disappearance of Agatha Christie. I thought it was ludicrous. I think if I did not know so much about the true story, I might have found it more interesting or been more sympathetic to the characters. The story itself could have been interesting and I feel it did not need to hang on the coat-tails of the Agatha Christie legend. So I did not enjoy it that much. The basic plot/mystery was good but I object to adding it to the Christie disappearance.
The Betrayal of Anne Frank by Rosemary Sullivan (library) who gave up the Franks location so that they were sent to the concentration camps? Lots of research went into this book and it was extremely fascinating. Especially having been to Amsterdam and seen the house/warehouse/annex and visited the Corrie Ten Boom house in Haarlem as well, I found it very interesting. I highly recommend a visit to the sites in the Netherlands (and their museum of the Resistance is also worth a  visit.
Appointment with Death by Agatha Christie I read this one a few years ago when I was going to Petra, I never made it to Petra because of Covid, so bitter sweet reading it again and having that memory attached to the book
Cards on the Table by Agatha Christie (library) this one is fun because of the Ariadne Oliver character. Agatha Christie created an alter-ego in her books: Mrs. Oliver is a mystery writer, who is extremely similar to Christie herself. It is fun to read knowing that.
Sad Cypress by Agatha Christie (library) The title comes from a Shakespeare play. There are many nods to Shakespeare in the Agatha Christie books.
The Lincoln Highway by Amor Towles (library) I read this one in one day, I could not put it down! The story was interesting and often frustrating. The heroes are thwarted constantly and it was starting to really annoy me and I was not sure if ever there would be a happy ending.
Escapes by Daniel Tunnard (library) a story about Scrabble players in Argentina. Quite wild.
Ordeal by Innocence by Agatha Christie The mystery is that a murder was committed several years ago (and the murderer supposedly tried and incarcerated and now dead as well) but a witness arrives and has the alibi for the alleged murderer. So a family knows that the true murderer has been with them all along and gotten away with it.
J. D. Salinger: A Life by Kenneth Slawenski (library) biography of J. D. Salinger, if you are a fan, you will like it.
Why Didn't They Ask Evans? by Agatha Christie This one is very fun. A very Nancy Drew/Hardy Boy vibe as a couple investigate and sleuth a murder mystery. Nancy Drew elements: They get conked on the head and tied up in an attic. Smarmy villains and the female heroine is spunky and outgoing. The male hero is very much a boy scout/Hardy Boy type guy.
The Great Imposter by Robert Crichton  before Frank Abagnale Jr (Catch Me if You Can) there was Ferdinand Waldo Demara Jr -- Ryan and I first heard of him when we visited the Texas Prison museum in Huntsville, TX. He actually worked as a warden at the Prison at one point when he was "on the run"  It was also made into a movie starring Tony Curtis.
Apples Never Fall by Liane Moriarty (library) Loved it, really enjoyed, Highly recommend -- a story about a tennis playing family and the drama that they go thru when their mother goes missing.
Don't want to say much more cause it will give everything away.  But I could not put it down and read it all in one day.
Agatha Christie: A Mysterious Life by Laura Thompson (library) (audiobook) I loved it. It is a biography of Christie, but they also analyze the books and look at them in context of what was happening in Christie's life when she wrote them. Opinions on which are best. It also discusses her work in the theater. I actually had no idea that she had written so many plays and did the adaptations of her books for the theater. Very interesting for fans of Christie. I enjoyed it so much, I am going to get it for myself and keep a copy of the book here at home for future rereading. (It is on my birthday wish list )
Posted by Amanda from Seattle at 2:21 PM No comments: