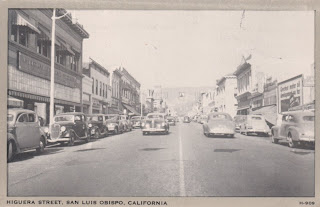 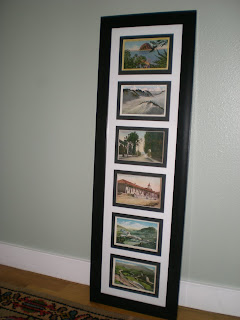 Not to neglect Ryan, I gave him this framed collection of San Luis Obispo postcards for Christmas one year in appreciation of his hometown. The card displayed above is a view of Higuera Street in San Luis Obispo, CA
Posted by Amanda from Seattle at 9:20 AM 1 comment: 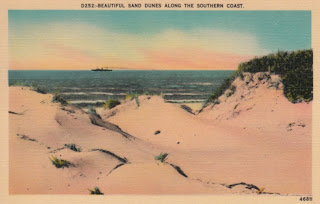 Here is a postcard from Wrightsville Beach, NC near where I grew up. I collect a lot of old postcards of the Carolina Beaches and I have framed them together to hang on my walls. 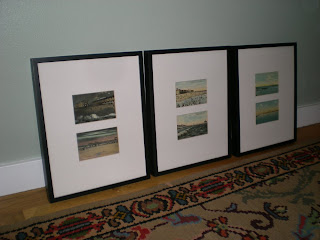 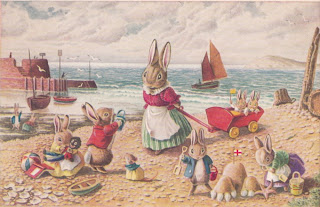 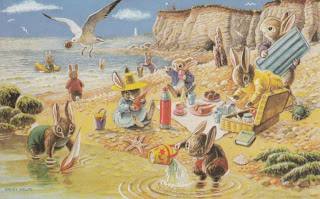 Picnic on the Beach 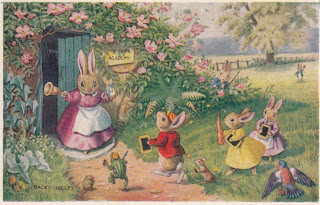 These are postcards by Racey Helps, who also wrote and illustrated children's books. My sister and I used to receive these postcards from our Grandmother Arkebauer. I especially loved the seaside ones. And I was intrigued enough to find some Racey Helps books now that I am an adult. 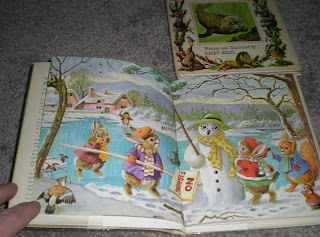 Posted by Amanda from Seattle at 2:17 PM No comments: 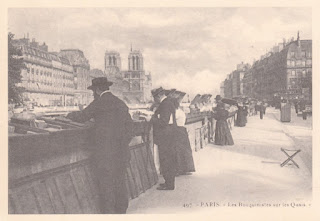 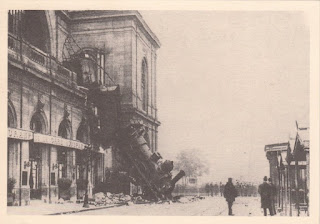 Ryan and I spent 2 days in Paris last year and I visited Les Bouquinistes along the Seine. It was there that I purchased these two antique postcards. The top postcard depicts Les Bouquinistes in the 1890's. These outdoor bookstalls run along both sides of the Seine and it has been described as the only river in the world to run between two bookshelves. Today, the stalls sell secondhand books and other ephemera including new and antique postcards and other tourist items. The second postcard depicts a very famous train wreck at the Gare Montparnassse.
Ryan and I stayed at a hotel a block away from this train station. Ryan then went on to hike the French portion of the Camino de Santiago, it is an ancient pilgrimage trail to the Cathedral in Santiago. You can virtually hike the trail on his new website! Walking4Fun
Posted by Amanda from Seattle at 9:14 AM 1 comment: