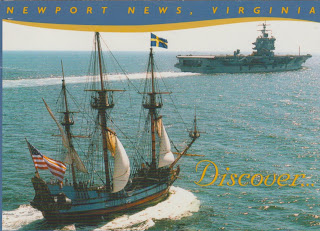 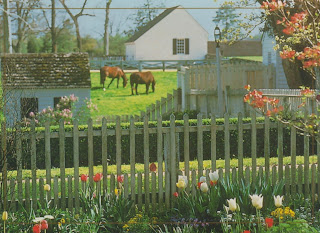 In honor of my sister's Birthday, I am posting two postcards from Virginia near where she works now!! Newport News and Williamsburg, VA   Happy Birthday Alisa!!
Posted by Amanda from Seattle at 5:15 PM No comments: 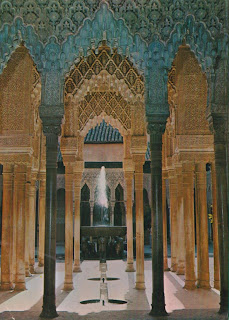 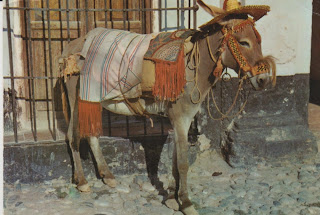 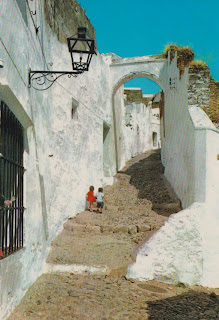 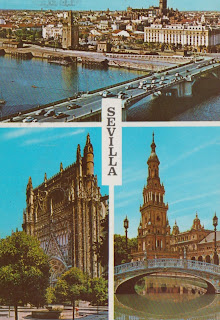 These postcards are all from the 1970's in Spain. Granada and Seville are represented here. I spent some time in Spain last fall and I would love to go back again this year!
Posted by Amanda from Seattle at 5:07 PM No comments: 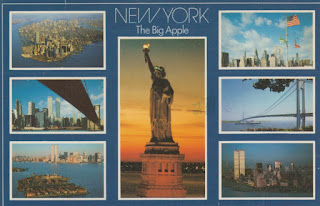 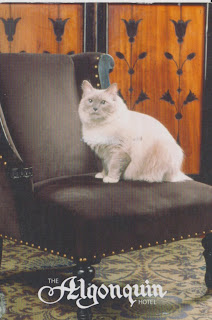 New York City is always a fun tourist destination and everyone is sure to send postcards when they visit! I know lots of my friends will appreciate the Algonquin postcard!
Posted by Amanda from Seattle at 5:04 PM No comments: 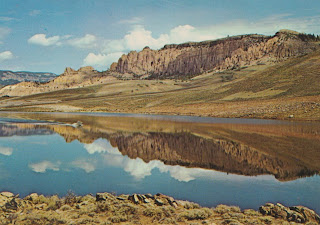 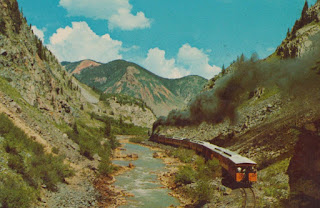 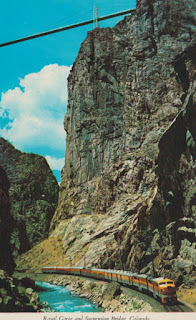 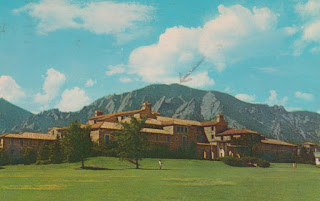 These postcards from Colorado are all from the 1970's and early 1980's. I particularly like the ones with the train. All my postcards this year come from a box that my cousin Holly sent to me filled with postcards from friends and family from the 1930's to present day.
Posted by Amanda from Seattle at 3:28 PM No comments: 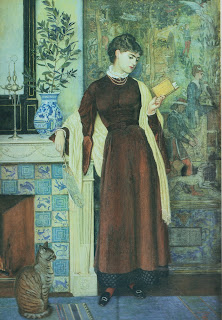 The Night Blooming Cereus by Joan Hadley a retired florist investigates murder along the Dead Sea in Israel.
The Mystery of Cabin Island by Franklin Dixon This is the Christmas Themed Hardy Boys book.
Terry Carvel's Theater Caravan by Alma Sasse a Theater themed book by one of the Nancy Drew ghostwriters. Plus for me, it is set in the Seattle area.
Merry Wives of Maggody by Joan Hess (audiobook) part of a series of books by Joan Hess set in a crazy Arkansas small town. Joan Hess also wrote the Night Blooming Cereus under the name Joan Hadley!!
To Fetch A Thief by Spencer Quinn another mystery from the point of view of the dog
Fakebook by Dave Cicirelli (library)a man fakes his entire facebook feed and creates hilarious digital story of his life and no one guesses that he is lying.
Promise Not to Tell by Jennifer McMahon Ghost story I usually like her stuff, but I just could not get into this one. Might be my mood. It is being made into a movie.
The Crooked Banister by Carolyn Keene A Nancy Drew mystery, not the best...one of the worst!! LOL reading it for a book club meeting
Home by Harlan Coben  (library) part of the Myron Bolitar series. I enjoy all of Harlan's writing. I like the humor he adds to the Myron Bolitar series.
Trials of the Earth by Mary Mann Hamilton (library) True memoirs of a woman surviving in the South (Arkansas and Mississippi) in the late 1800-early 1900's.
Lady Cop Makes Trouble by Amy Stewart (library) I really enjoyed the first book by this author, Girl Waits with Gun, I really really like these! Fun and based on true stories, one reviewer calls them America's answer to Maisie Dobbs, so if you like Maisie Dobbs, you should give these a try. I hope she writes more of them!
The Deadly Ackee by Joan Hadley another florist turned detective story from Joan Hess, I guess these did not prove to be popular enough, because this is the last one.
Local Girl Makes History by Dana Frank I really enjoyed this book about 4 different places in Northern California. I have been to these sites letterboxing and it was so cool to learn more about the history of these quirky places. I highly recommend this book to my letterboxing and California friends!!
Small Great Things by Jodi Picoult (library) whoa, it is about race and racism in America, I liked it, Jodi Picoult always is a good read and she is always on top of the hot button issues in America.
The Trespasser by Tana French (library) I am a huge fan of Tana French and have enjoyed all her books. Set in Dublin which I enjoy reading about too
The Many Aspects of Mobile Home Living by  Martin Clark Sort of a heist story, road trip, grifters, and some North Carolina atmosphere. It was just okay. I wanted to really like it a lot, but it got a little wordy and rambling sometimes.

I have been asked to put down some of my TBR list each month, so here are some on my list....I will put these on here each month and you can see how long it takes me to get to them if I ever get to them!!


Posted by Amanda from Seattle at 2:54 PM No comments: