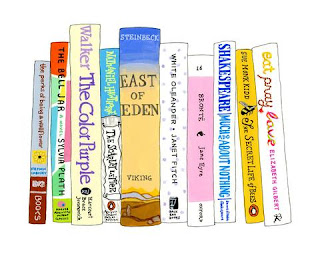 Guts: The True Stories Behind Hatchet and the Brian Books by Gary Paulsen (library) After reading his memoir last month, I wanted to read more about Gary Paulsen.
Theodore Boone: The Scandal
Theodore Boone: The Fugitive by John Grisham (library) Grisham's young adult series of mysteries featuring a young man whose parents are lawyers, he wants to be a lawyer and he basically acts as a kid version of a lawyer for his friends. I have really enjoyed the series. The Fugitive was fun because they leave his small town and go to Washington, DC on a field trip.
Last Seen Leaving by Caleb Roehrig YA thriller about a missing girl (YA means Young Adult)
Finn Family Moomintroll by Tove Jansson the Moomins find a magical top hat. I am acquainting myself with these interesting children's books.
In a Sunburned Country by Bill Bryson rereading this one in anticipation of our trip to Australia later this year
Artemis by Andy Weir (library) I did not enjoy this one as much as The Martian. Once you get past all the technical living on the moon stuff, it is just a murder mystery crime novel.
The Hidden Life of Trees by Peter Whohlleben (library) recommended by a friend. I learned a lot about trees.
Fall of Giants by Ken Follett (library) very epic story of WWI, lots of Downton Abbey-esque moments also. I really enjoyed it
The Mediterranean Caper by Clive Cussler (library) Ryan and I watched Sahara, the movie, the other day, which inspired me to read the Clive Cussler Dirk Pitt novels.
Turtles All the Way Down by John Green (library) Now I know everybody loves the Fault in Our Stars, but I was not a huge fan. It was okay, just another YA book in my opinion. Now this one, I liked a lot better. I thought Turtles was really good and it helped me to see mental health issues in a new way.
The Hidden Life of Animals by Peter Whohlleben (library) since I enjoyed Hidden Life of Trees, I thought I would try this one too! And I really enjoyed reading it
The Enchanted Places by Christopher Milne (library) After watching Goodbye, Christopher Robin, I decided I needed to read more about the life of Alan and Christopher Milne. loved it
Come on Shore and We Will Kill and Eat You All by Christina Thompson (library) a story of New Zealand. I loved it. Part History, Part Memoir. very enjoyable look at Australia, New Zealand and the Maori.
Stars over Sunset Boulevard by Susan Meissner (library) fun hollywood story, I really liked it and would recommend
Goodbye Christopher Robin by Ann Thwaite (library) This book is basically the movie tie-in.

The Best of Adam Sharp by Graeme Simsion

Finding Fraser by K. C. Dyer
Bassoon King by Rainn Wilson
Tenth of December by George Saunders
Posted by Amanda from Seattle at 6:57 PM No comments:

At first, I had named this post Switzerland, but then I realized that some of the cards were actually from Italy and France, so I changed it to The Alps.  Now who could have been sending me postcards from the Alps? 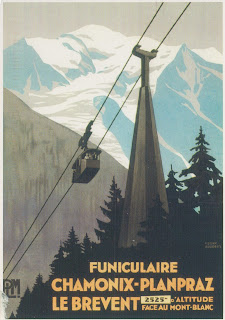 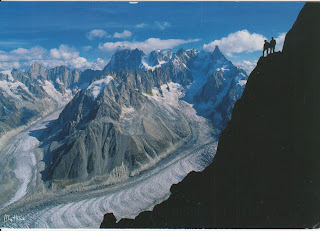 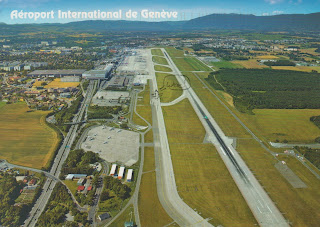 Posted by Amanda from Seattle at 9:36 AM No comments:

Everyone I know has been to Alaska on a cruise except for me. I have been to Anchorage and I loved visiting. I hope I get to go on an Alaska Cruise soon, if not this year, maybe next year!! 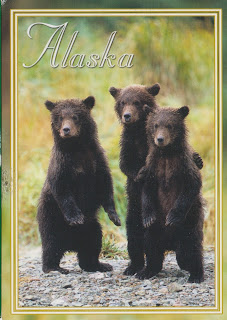 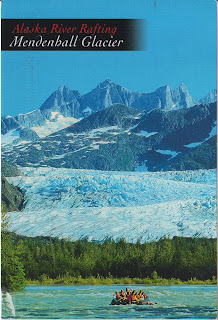 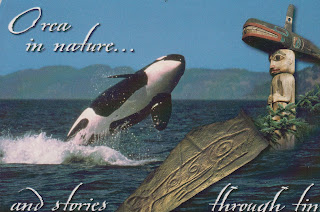 Posted by Amanda from Seattle at 9:33 AM No comments:

All postcards this year will be from friends and family that have sent them to me, so sometimes the photos will reflect that, they are smudged with ink from the postal machines or they show definite wear. Sometimes folks will write on the cards, pointing out where they are or personalizing it in some manner. But I hope you enjoy the cards this year and if you sent me a card, it will probably show up! 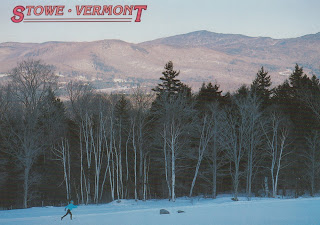 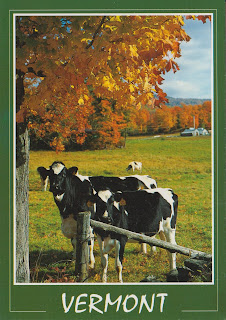 Posted by Amanda from Seattle at 9:28 AM No comments:

This year I am highlighting postcards that my friends and family have sent me for the past couple of years. I get lots of postcards (and everyone knows I love postcards!!) So if you sent me a card, you might see it here on my blog this year!! 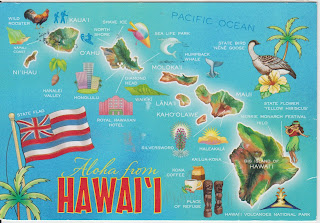 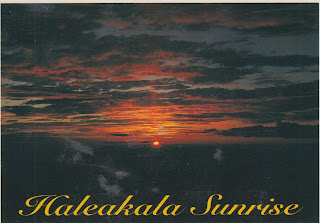 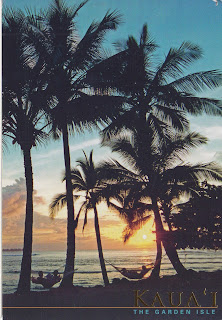 Posted by Amanda from Seattle at 9:24 AM No comments: 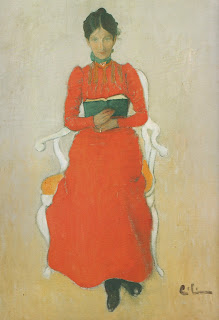 
Eastern Sun, Winter Moon by Gary Paulsen (library) a Memoir by this children's author about his family time during and just after WWII. Not for children.
The Secret Diary of Hendrik Groen, 83 1/4 Years Old by Hendrik Groen (library) I really enjoyed this book and recommend it to everyone. It is a diary of a man who is living in an old age home in Amsterdam. My friends who love Amsterdam, please read, my friends who are staring old age in the face, please read, it is an awesome book.
The Maid's Version by Daniel Woodrell (audiobook) This is what has been playing in my car while I go to and from work all month. It is about an explosion at a dance hall in the 1920's and chronicles all the victims and the aftermath of the event. I really enjoyed it. This author also wrote Winter's Bone.
Lit Up by David Denby (library) About how current teenagers are not readers and what some teachers are doing about it. How they are inspiring young people to put down their devices and read for pleasure. I really enjoyed it. Total wake up call as to what is happening to this emerging generation.

Secrets of a Charmed Life by Susan Meissner (library) I really enjoy this author and I am working my way through all her books. This one was about 2 sisters who were separated during the Blitz in London (WWII)
The Midnight Line by Lee Child (library) the latest Jack Reacher novel. He tries to trace the owner of a West Point ring, that he sees in a pawn shop window.
Theodore Boone: Kid Lawyer
Theodore Boone: The Abduction
Theodore Boone: The Accused
Theodore Boone: The Activist by John Grisham (library) Grisham's young adult series of mysteries featuring a young man whose parents are lawyers, he wants to be a lawyer and he basically acts as a kid version of a lawyer for his friends. I have really enjoyed the series.
The Toxic Solution by Dr. Joseph Pizzorno (library) another book about how chemicals and pollutants are making us sick. Sorry guys, but this is a hot topic for me since we had those toxic uniforms at American Airlines. I am continuing to read up on this stuff.
See What I have Done by Sarah Schmidt (library) a fictionalized retelling of the Lizzie Borden story. I enjoyed it
Cocoa Beach by Beatriz Williams (library) From driving an ambulance in WWI to dealing with bootleggers in Florida, this book spans a couple of decades and keeps you on your toes. I liked the Florida locale.

Happy New Year and to start the new year off with a bang, I thought I would showcase postcards that have been sent to me over the years from all of you! My friends and family. These Hong Kong postcards remind me of New Year's Fireworks with all their bright lights and colors. 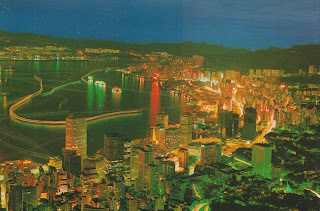 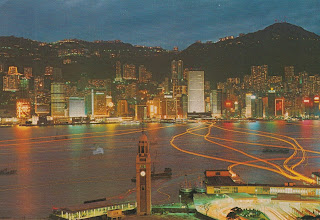 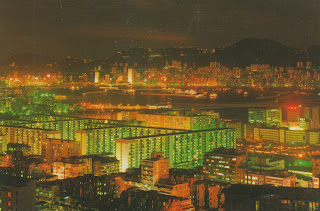 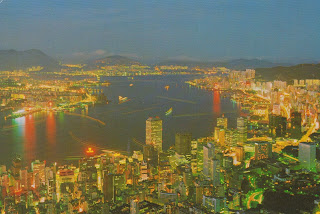 Posted by Amanda from Seattle at 9:18 AM No comments: