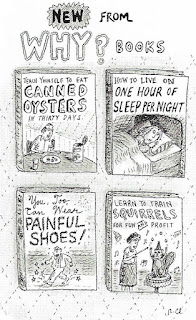 Doomsday Book by Connie Willis Recommended to me by a friend on facebook and I quite enjoyed it. Time Travel and during the 1300's and they come from our future where Pandemics have been rife.  So virus and disease and quarantine are subjects. The book was written in 1992, so Connie Willis was right about a lot of things that may be common in 2054.
The Thirteen Problems by Agatha Christie short stories. Christie wrote many stories that were serialized or published in magazines much like Charles Dickens did, then they were collected into books for publication.
Sparkling Cyanide by Agatha Christie (library) this has always been a favorite of mine and I think it holds up well
To Say Nothing of the Dog by Connie Willis (library) I am really enjoying Connie Willis and will be reading much more by her. This is another time travel book. This time to Victorian England and it makes many references to Three Men in a Boat by Jerome K. Jerome. You don't have to have read that book to enjoy To Say Nothing of the Dog, but it does help.
Three Men in a Boat by Jerome K. Jerome (audiobook) read by Hugh Laurie. I immediately started listening to this one once I figured out that To Say Nothing of the Dog had so much in common with this book. It is a fun story about 3 guys traveling in a boat on the Thames.
The Labours of Hercules by Agatha Christie (library) clever idea for Poirot short stories, paralleling them with the ancient labors of Hercules.
A Fine Summer's Day by Charles Todd (library) prequel book in the Ian Rutledge series, this one is set prior to the war. So you get a look at Ian before he was damaged by war.
The Witness for the Prosecution by Agatha Christie (library) not my favorite Christie, I am not a fan of the courtroom stuff but some of the other stories are fun (this is another short story collection)
I Met A Traveller in an Antique Land by Connie Willis (library) LOVED IT, gonna buy it, gonna read it again and again. For all you kindle folks and ebooks folks, READ THIS BOOK. And then go buy an actual book. Just saying.
N or M by Agatha Christie Tommy and Tuppence mystery spying during the war
Saucer by Stephen Coonts (audiobook) found out that this is the first in a trilogy of books. It was entertaining enough for me to want to read the next two books.
The Orphan's Tale by Pam Jenoff (library) Holocaust story. set among a circus. It was okay
The Moving Finger by Agatha Christie One of my favorites, it is a Miss Marple, but she only shows up towards the end. The main protagonists are a brother and sister who go to live in a sleepy village so that he can recover from a plane crash. Murder ensues!
Taken at the Flood by Agatha Christie Set in Post WWII and with many twists and turns.
The Guest List by Lucy Foley (library) a wedding is taking place on a remote Island off the coast of Ireland and things get crazy. Another with many twists and turns!! LOL
Maybe in Another Life by Taylor Jenkins Reid ( library). Fun book with dual timelines.  I like these kind of things. A character’s life branches off into two different directions.  What if?
Terra Incognita by Connie Willis (library) 3 science fiction stories and they are a lot of fun to read. I especially liked Remake about Hollywood
Posted by Amanda from Seattle at 2:33 PM No comments:

October 1st is World Postcard Day. Introduced in 1869 as a way of sending a simple message, postcards quickly evolved beyond their practical purpose to become the universal souvenir that brightens everyone's mailboxes.  I hope that more people will send postcards! 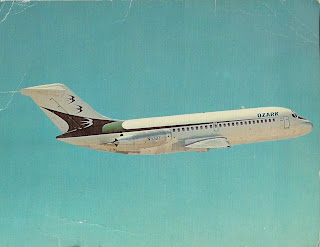 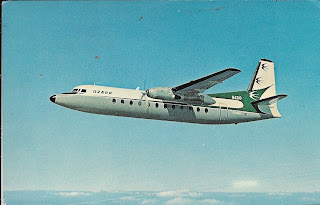 Ozark would merge with TWA
Posted by Amanda from Seattle at 5:55 PM No comments: 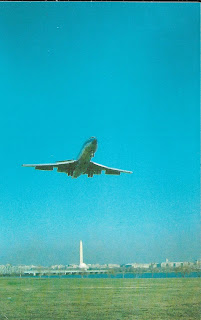 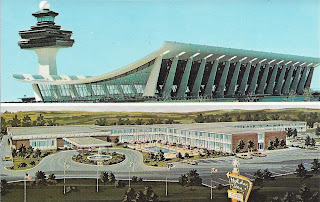 Posted by Amanda from Seattle at 5:58 PM No comments:

Gander Airport holds a special place in my heart, it is where many flights diverted to during 9/11. There is a wonderful book about it called The Day the World Came to Town by John DeFede. There has also been a play produced called Come From Away about the experiences of the people in Gander during that time. 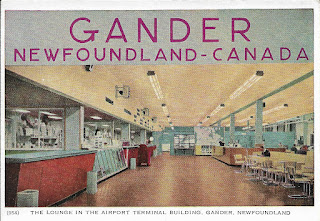 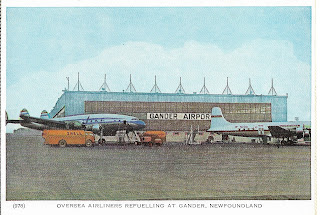 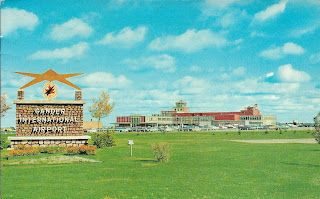 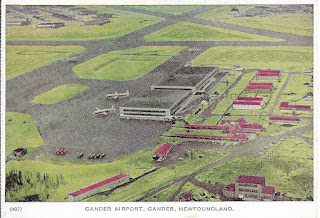 Posted by Amanda from Seattle at 6:00 PM No comments: 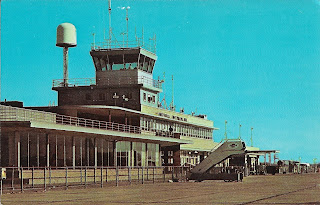 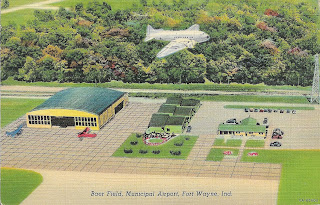 Posted by Amanda from Seattle at 5:54 PM No comments:

The last hikes for Hikeathon 2022

A terrific end to Hikeathon 2022, I made my goal of 30 miles hiked for the month all while working a full schedule!

I hiked 2 miles on the Tolt Pipeline trail in Woodinville, WA 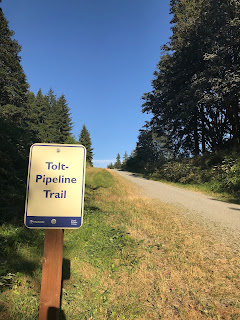 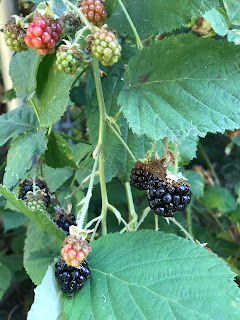 On Saturday, I had to run an errand over by Lake Union, so I squeezed in a 2 mile jaunt along the Burke Gilman Trail and through Gas Works Park. 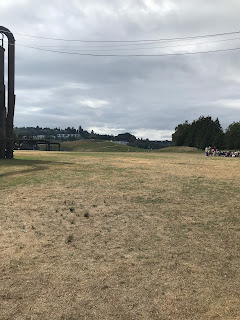 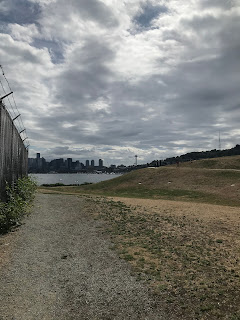 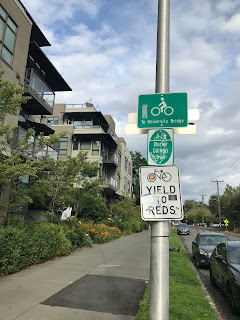 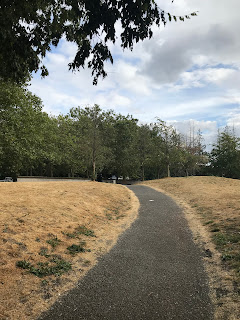 And I finished the month with a 3 mile stroll along the Des Moines Creek Trail near Sea Tac, WA 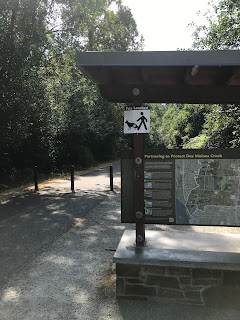 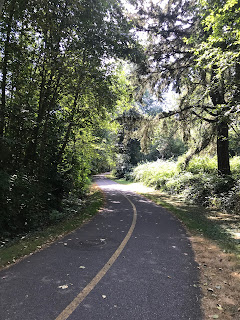 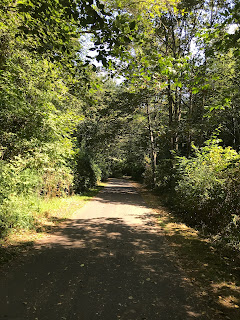 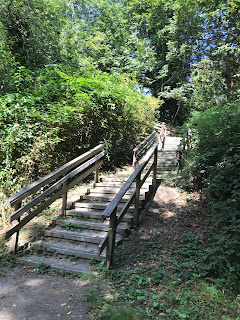 Many thanks to Gretchen, Stephen, Kathy W. Ray, and Holly B. for their recent donations. we are up to $720, my total mileage comes in at 30 miles and I lost 5 pounds this month, just by bumping up my activity level! I've usually only worked on getting 10,000 steps a day, but doing my little 2 mile jaunts 3 times a week helped increase my calorie burn. Woo hoo.

Washington Trails Association will still be accepting donations thru Sept 7th, You can cut and paste this link to go to my WTA fundraiser page

Thanks so much to everyone who has donated!

Posted by Amanda from Seattle at 10:00 AM No comments: