2019, this year I have highlighted postcards from places that I have never visited!! I know many of you think that I have traveled all over the world and I have been to many places, but there are places here in the USA and all over the world that are still on my bucket list. Gander is one of those places. I am looking forward to 2020 and all the traveling that I have yet to do! 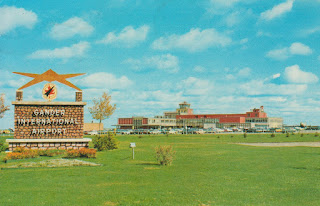 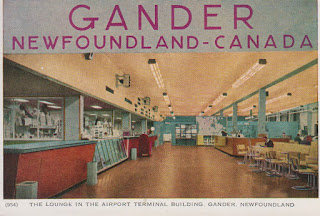 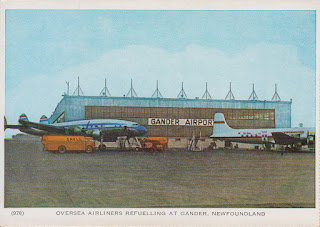 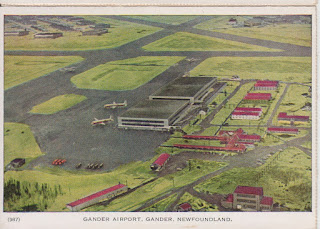 Posted by Amanda from Seattle at 11:49 AM No comments:

The only state that I have not yet visited is North Dakota. Maybe next year will be the year that I can cross that off my to do list!! 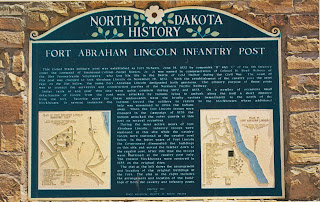 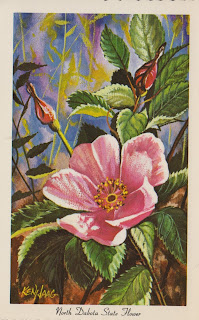 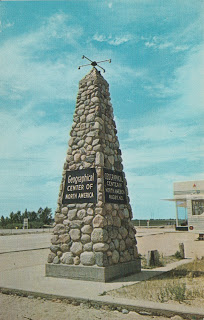 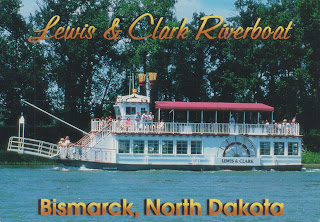 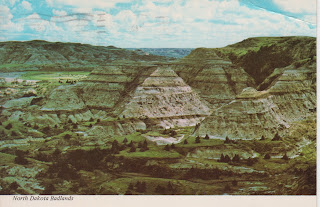 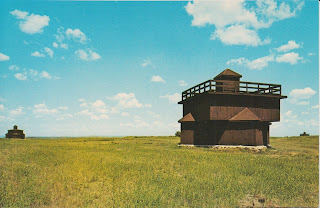 Posted by Amanda from Seattle at 12:00 PM No comments:

Christmas Ornaments I like to pick up ornaments from my travels. Each one reminds me of a place I have visited!


Posted by Amanda from Seattle at 10:41 AM No comments:

Nancy Drew and the Hardy Boys Super Mysteries for Christmas! 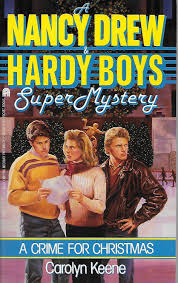 I am going to lump both of these books together, because there is really not anything remarkable about either of them. Not so super...."Crime for Christmas" written in 1988 is set in New York City and "New Year's Evil" from 1991 is set in Quebec, Canada.

In "Crime for Christmas", the chief of police of New York City asks the Hardy's to help in an investigation because no one on the force is young enough to pull off this undercover assignment. This book was written at about the same time that the TV show, "21 Jump Street" was popular, so this angle makes a lot of sense in that context.  For those of you unfamiliar with "21 Jump Street", it starred Johnny Depp as a youthful police officer, part of a group of similar officers who went undercover as teenagers. It was one of Johnny Depp's first major roles after "Nightmare on Elm Street" and a small part in "Platoon".  The Hardy's ask Nancy Drew to join them in the investigation.
The two mysteries in this book are a pair of cat burglars who have been stumping the police (If you have already read the Paris Connection, you will immediately be able to solve that mystery)  and the abduction of the Prince of Sarconne. Much of the book centers around a possible romance between Bess and the Prince. This part reeks of a Hallmark Movie or one of those Disney Princess Diaries movies. One of the most fantastic things in the book is a chase done by forklift! They drive a forklift 10 Blocks from 136th St to 125th St, I am still trying to rationalize that scene in my head. 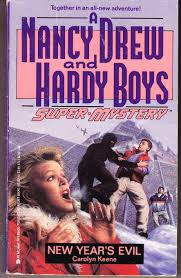 Onward to "New Year's Evil," this book takes place over the border in Quebec, Canada. Nancy, Bess and George are in town because Bess's cousin Emily is working on a film shoot about race car drivers and invited them (sabotage on the set.) The Hardy's are being hosted by Dussault Motors, the company that sponsors the Ice Racing during the Winter Carnival.  Ice Racing is racing cars on the frozen St. Charles River. However, I cannot find any evidence that they ever did race cars during Winter Carnival.  This book was written in 1991 and I have researched as far back as 1985 and I cannot find any evidence that they ever raced cars on the river.  The race that they do is done with canoes, called Ice Canoes. Dussault Motors is also filming. They are making a TV commercial.
This book did include one of my favorite quotes.  Joe says, " Solving mysteries is our favorite kind of vacation." Another quote that could apply to any super mystery is, "suspects are easy, it's proof that is hard to get." I was disappointed in Nancy. At one point, she says that she has been an idiot. I kind of agree, she has enough French language skills to translate Pierre Desmoulins to Peter Mills, but she calls the circumflex over the a, " a funny little hat."  Now I know that they do call the circumflex a little hat to describe it to English readers, but it would have helped if Nancy used the proper term and described it also to educate the super mystery readers.

I was again disappointed in these super mysteries, but if you want some winter time atmosphere, they could be fun.

Posted by Amanda from Seattle at 5:48 PM No comments:

2019, this year I am highlighting postcards from places that I have never visited!! I know many of you think that I have traveled all over the world and I have been to many places, but there are places here in the USA and all over the world that are still on my bucket list. So this year, I am sharing postcards from places that I have not visited yet! I have stepped foot into Austria, but only just! I need to go back and really tour there. 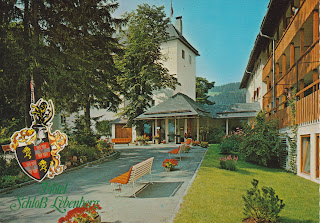 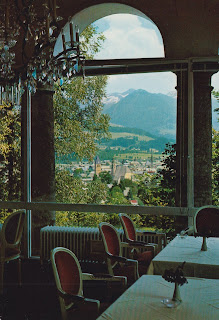 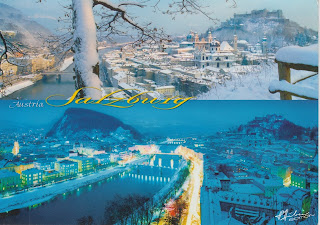 Posted by Amanda from Seattle at 11:46 AM No comments:

Letchworth State Park is a 14,427-acre state park located in New York. The park is roughly 17 miles long, following the course of the Genesee River as it flows north through a deep gorge and over several large waterfalls. 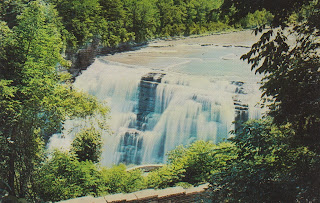 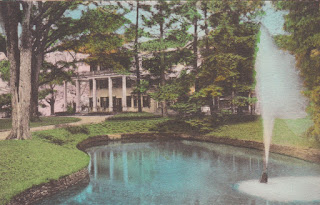 Posted by Amanda from Seattle at 11:15 AM No comments:

Terezín is a former military fortress composed of citadel and adjacent walled garrison town in the Czech Republic.
There was a concentration camp here during WWII 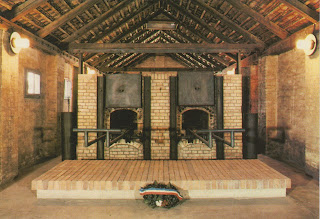 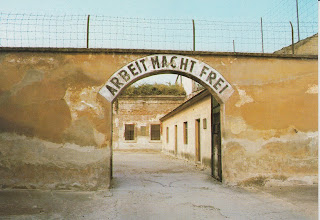 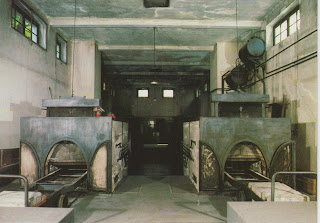 Posted by Amanda from Seattle at 11:00 AM No comments: 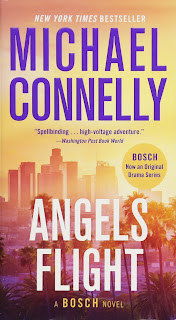 Dancing in the Dark by Caryl Phillips a novel about a black entertainer in the early 1900's. A look at racism and identity from an perspective that we do not often see. I enjoyed it.
The Armchair Esquire ed. by Arnold Gingrich and L. Rust Hills A collection of short stories that were originally published in Esquire Magazine. Fabulous stories by Steinbeck, D. H. Lawrence, J. D. Salinger, F. Scott Fitzgerald, Theodore Dreiser, Evelyn Waugh, John Dos Passos and more! Treasures!!
Hausfrau by Jill Alexander Essbaum (library) about a bored housewife living with her husband in Switzerland and the affairs she has to make herself feel anything.
CopTown by Karin Slaughter (library) 1970's Atlanta and women police officers hunting a cop killer. Very interesting 1970's sexual harassment etc of women doing a man's job. Also enjoyed the Atlanta locations.
Angel's Flight by Michael Connelly (library) Since I was recently in LA and rode on the Angel's Flight, I thought I would read this murder mystery about a murder that takes place on the funicular.
The Testaments by Margaret Atwood (library) sequel to the Handmaids Tale. I really liked the different points of view that she visited in this book.
The Beautiful Ones by Prince with Dan Piepenbring (library) Memoir that was left unfinished at Prince's death. Finished by Pipenbring and includes wonderful photos and information about Prince's first albums and Purple Rain etc. Great for fans.
Food Matters by Mark Bittman (library) great book talking about how the meat industry is draining our resources and we should look to a more plant based diet. Meatless Mondays here I come!
Big Sky by Kate Atkinson (library) I love the Jackson Brodie mysteries and this one is awesome too, I highly recommend  You probably should read them in order since the relationships change with the characters, but they are good as stand alone mysteries.
Pretty Girls by Karin Slaughter (library) Thriller with estranged sisters trying to solve a mystery, serial killer type stuff, so don't read if that bothers you.
Miss Pym Disposes by Josephine Tey  a classic mystery, if you have not read any by Josephine Tey then you need to get out there and read her books NOW. Love her!!
The Bookshop by Penelope Fitzgerald (library) recently made into a movie about a woman opening a bookshop in a small town and the changes it brings.
Death on the Nile by Agatha Christie Great to revisit old favorites when I am flying and want a good book.

Posted by Amanda from Seattle at 10:07 PM No comments: