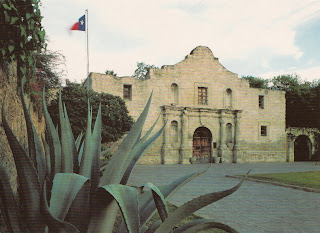 San Antonio, Texas and the Alamo! One of my all time favorite layovers, that I never get anymore. This postcard is from my visit there in July of 1994 and I really miss spending time in that town. I was there for New Year's Eve once too and it was quite fun.
Posted by Amanda from Seattle at 6:30 AM 1 comment: Links to this post 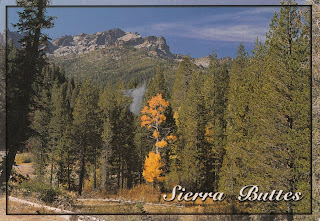 Today is my sister's birthday and I thought I would post a "wild card" that I got from her in 2005. She had been on a climbing trip here!
Posted by Amanda from Seattle at 6:40 AM No comments: Links to this post 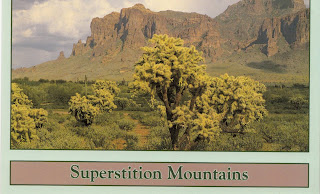 This postcard is from Phoenix, Arizona. I think it is from when I was there with my Nancy Drew collector friends for a convention in October of 2005. I also did a bit of letterboxing in those mountains!
Posted by Amanda from Seattle at 6:30 AM 1 comment: Links to this post 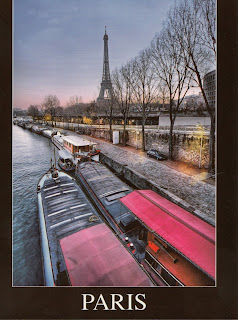 Happy Valentine's Day! And today's postcard is Paris. I don't get it, not my favorite city in Europe, but lots of folks think it is super romantic. In fact, two of my favorite romantic comedies ( American Dreamer and French Kiss ) are set in Paris, so there must be something to all the hype :-)
Posted by Amanda from Seattle at 6:30 AM No comments: Links to this post 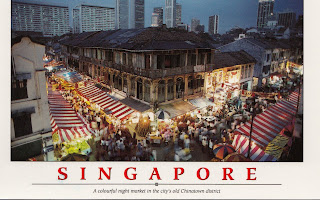 This is a postcard from my Dad when he was flying for EVA Airlines out of Taiwan. He would fly to some pretty glamorous destinations and I got a lot of great postcards from his time in the Far East.
This card shows the night market in the Chinatown district of Singapore.
Posted by Amanda from Seattle at 6:20 AM 1 comment: Links to this post 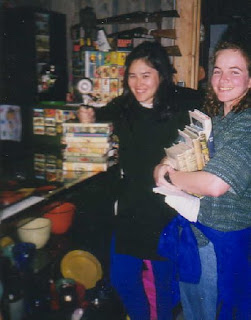 Okay, one of my new years resolutions for 2011 was to keep track of all the books that I read this year. I read a lot, but I have never really kept track. I was inspired by several friends who had challenged themselves to read 100 books in 2010 and they either met or exceeded their goals. Ryan also keeps track of every single book that he has read since June 15, 1990!! So this is new for me to keep a running list of my reading.

Here are all the books that I read in January:

I read and reread a lot of Children's Literature and Murder Mysteries and stuff from favorite authors. A lot of John D. MacDonald this month, I have been rereading him and Agatha Christie lately. I had never read Mildred Pierce and was fascinated by it, remembering the movie with Joan Crawford. But the book really had me annoyed. Why that woman ever cared what her stuck up daughter thought of her is a mystery to me??!!

The Passage is very similar to The Stand by Stephen King and I might have to reread The Stand this year too! :-)

Matched by Ally Condie is the start of a new YA trilogy that is very similar to The Hunger Games by Suzanne Collins. I quite enjoyed it.

The photo at the top is from early 1990's when Lea Fox and I were shopping for books at a Nancy Drew (Whispered Watchword/Phantom Friends) convention in Maine.

23 books
Posted by Amanda from Seattle at 7:40 PM 5 comments: Links to this post