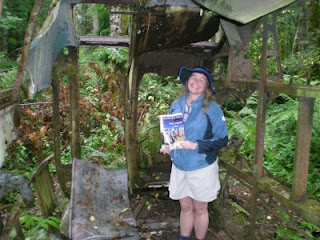 Lots of great hiking done this week. I am up to 50 miles hiked and 7 pounds lost! Whoo hoo! First of all, Ryan and I drove out to Tiger Mountain and the Tradition Lake Plateau in Issaquah, WA. We hiked a few miles and found some letterboxes. Along the Bus trail, we stopped to check out the remains of an old bus that is there....
Bus Trail 2007 Hike-a-thon

I had stopped by there last year on a hike-a-thon hike. It seems that each year, there is less and less of the bus left. Could it be rusting away?

We hiked up to the Talus Rocks. I was wondering if this was a specific kind of rock....for example, what makes a talus rock different from a glacier erratic? 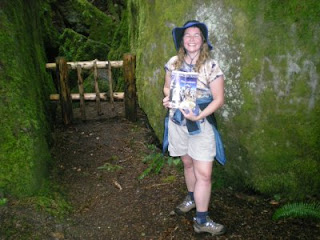 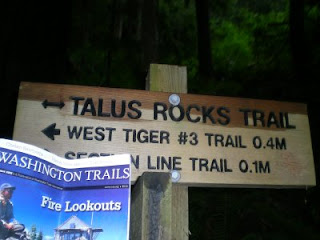 Geologically, talus, or scree, is the accumulation of broken rock that lies on a steep mountainside or at the base of a cliff. Ryan had heard of Talus Caves before, caves that are formed when rocks are piled up together. It seems that Talus Rocks could be Erratics. What makes them Talus is the way they are scattered along the sides of the mountain.


Then I flew off to London for work and took time out to hike along the Princess Diana Memorial Walk in Kensington Gardens and Hyde Park. According to wikipedia, "The Diana, Princess of Wales Memorial Walk is a 7-mile trail dedicated to the memory of Diana, Princess of Wales. It goes between Kensington Gardens, Green Park, Hyde Park and St James's Park in a figure-eight pattern, passing five sites that are associated with her life: Kensington Palace, Spencer House, Buckingham Palace, St. James's Palace, and Clarence House. It is marked with eighty-nine individual plaques and has been described as "one of the most magnificent urban parkland walks in the world"." 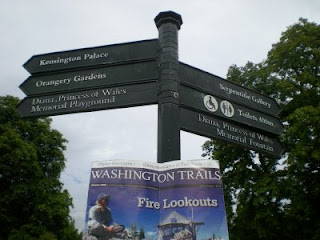 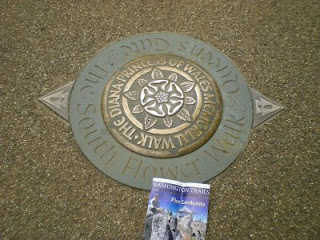 People still leave bouquets of flowers as tributes to Diana here at spots along the walk and by Kensington Palace. With the anniversary of her death approaching, (August 31, 1997) there were flowers stuck into the ornate black and gold palace gates. 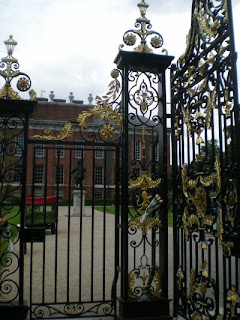 Bluebird and I walked the portion of Princess Diana's walk that was in Kensington Gardens (I think that was the park!). It was absolutely beautiful!

Glad to see you're getting out there!

Those Washington Trails sure go for a long way. London?
Scarab

Naturally my 2nd thought after looking at your photos was, "that trail marker would make a good carve."