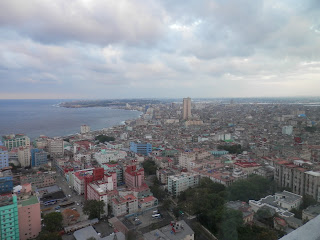 Once I heard that we could go to Cuba, that my airline would be flying to Cuba, well of course I wanted to go see it! I have always been fascinated with Cuba. I am one of those people who when you tell me I can't do something, that is exactly what I want to do. There were ways to go to Cuba in the past on Educational trips or with a Church Group, but you had to fly through Mexico or Canada and it just seemed like too much trouble. Even today, you still have to jump through a few hoops, but with direct flights from Miami, FL and Charlotte, NC on American Airlines. It is so easy to just GO.


What we forget in the USA is that everyone else in the world has been able to go to Cuba for the past 50 years when we could not. The rest of the world has had the opportunity and they have gone to Cuba. Tourism is one of the biggest, if not the biggest source of income for the island. Unfortunately, Cuba has had to compete with flashier Caribbean Islands for that tourist dollar. Why go to Cuba where you might not have toilet paper or even a toilet seat, when you can lay on the beach just as easily in Jamaica or Barbados. 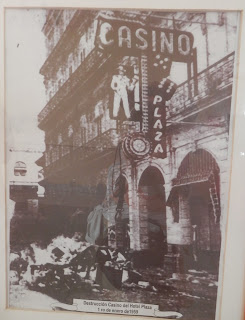 In November of 1937, my Grandmother Arkebauer traveled to Cuba with my father who was only 15 months old at the time. I have photos from that trip and I thought it would be fun while we were in Havana to try to find the places where the photos were taken and try to recreate those scenes. Luckily two of the photos had information written on the back about where they were taken. So I knew that I had to go to the Plaza Hotel and El Morro.

The Plaza Hotel became a hotel in 1909. In the 1930's Albert Einstein was there for a banquet! My Grandmother and Father were there in 1937. In the 1950's a casino was put in and in the 1960's the casino was shut down and the hotel became part of the National Tourism Sector after the Triumph of the Revolution. You can still stay there today if you want to pay $100-200 a night for a room. 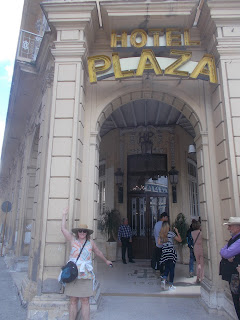 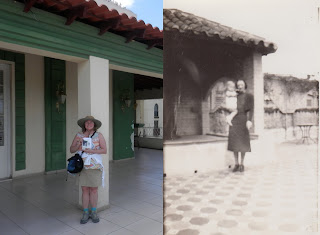 El Morro is actually Castillo de los Tres Reyes Magos del Morro, it was named after the Three Wise Men or Three Magi. The fortress guards the entrance to Havana Harbor.  Built in 1590, El Morro served as a prison and as a defense protecting the Havana Harbor. To close off the harbor to pirates and invaders, a huge iron chain would be spread across the water to the smaller fort on the Old Havana side of the mouth of the harbor. The lighthouse was built in 1845. We paid 6 CUC to tour the fort. 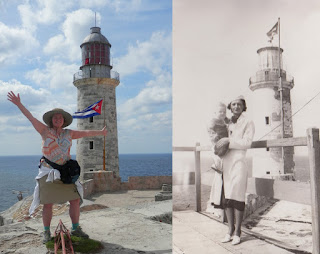 We had a lot of fun scrambling around the fort trying to find the locations from these photos. I think we did a pretty good job recreating them. After all, it has been 80 years and there have been some changes to the areas. 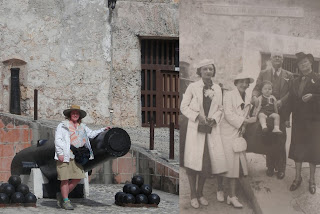 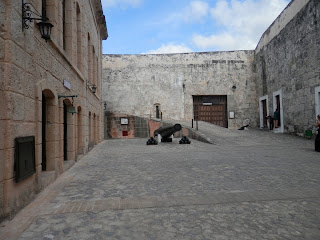 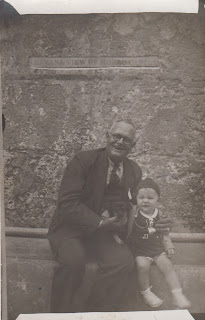 Posted by Amanda from Seattle at 9:00 AM

what a neat trip!

We have done this with my great grand parents pictures over the years around the united states. It is so much fun to do and really connects you to the place, the past, and your ancestors. We get to do it again this summer in Wyoming!

Love the pictures and thanks soft sharing. :)

So fun matching up the pictures.