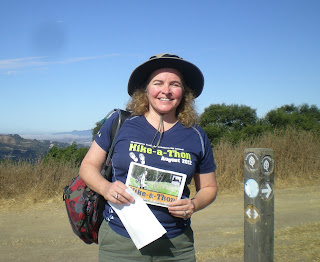 I started out my weekend working to San Francisco. So I spent the day hiking with my friend, Krista (who has generously donated to the Washington Trails Association cause!) We did a mile and a half at Sobrante Ridge Regional Preserve in  Richmond, CA, On the Sobrante Ridge Trail and the Broken Oak trail. Then we traveled over to the John Muir historic site in Martinez, CA. 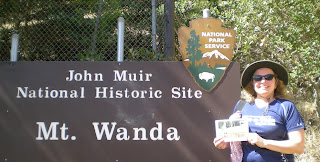 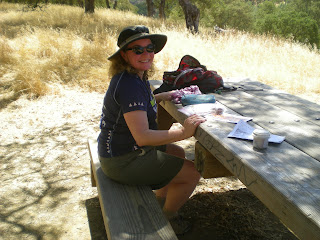 He had a homestead there and there is a nature trail to Mount Wanda, named after one of his daughters. We did two miles there on that trail .And I took a break at a picnic table at the top of the "mount". Now later in the day it had gotten hotter, so we decided to travel closer to the Bay to 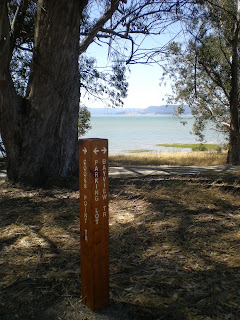 Point Pinole Regional Shoreline in Richmond, CA where the sea breezes would keep us cool  Here we did 4 miles on several trails criss-crossing the park! The land the park occupies was originally home to dynamite and explosive manufacturers during the 1800's through the 1940's.. There are still remnants of bunkers and railroad and pier facilities from this period of the park's history. I hug an extremely large Eucalyptus tree. Many of these non-native trees are being removed. However, they provide a habitat for migrating monarch butterflies, so some are being allowed to stay. All in all, I got in 7.5 miles for Hike-a-thon while working my San Francisco trip! 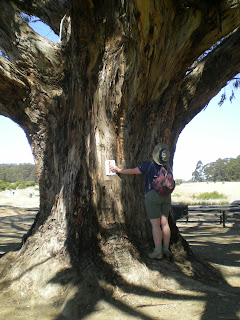 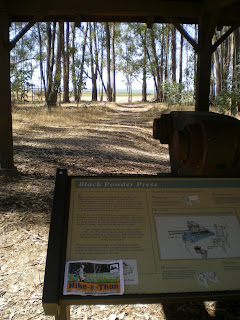 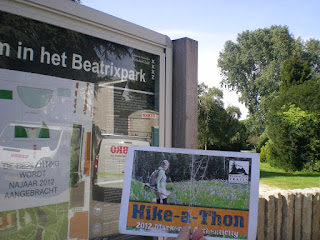 Then I had to work an international trip. This is the part of my job that non airline people find so glamorous, crossing the ocean to a foreign country. Not so glamorous when you are down a bathroom (had to block off one when it refused to flush!) I was supposed to go to Madrid, but at the last minute I traded for Amsterdam. Mainly because I knew that I would not find "named trails" for hike-a-thon in Madrid. I thought I might be able to get something in the Netherlands. I figured the Dutch are known for their bicycling while the Spanish are more known for their siestas! So I get to the hotel and I find out there is a great park nearby! Beatrixpark. So I head over there hoping for some trails. Well there were plenty of trails, but none of them were "named". 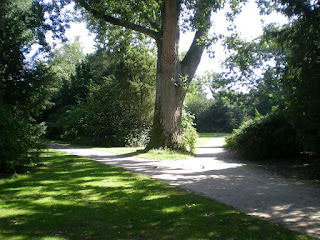 The Trails with No Names!

So the hiking I did in Amsterdam is not going to count towards hike-a-thon. But it was a fun day nevertheless!  I guess hiking is not the deal here in the Netherlands, bicycling is! 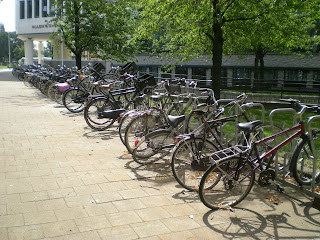 Just follow the link to my WTA page and make a donation. I'll be hiking on Washington State Trails this coming week when I return to the USA. And I still have a Denver layover coming up, so look for a post about mile high hiking soon! Follow this link to make a donation via credit card:  WTA Hike-a-thon Checks can be made out to WTA (Washington Trails Association) and mailed to me at: Amanda Arkebauer PO BOX 16131 Seattle, WA 98116
Posted by Amanda from Seattle at 7:36 AM