Ryan and I arrived in Paris and after dropping our luggage off to be stored at our hotel (It was around 9am and we would not be able to check in until 2pm) we headed over to the Paris Catacombs. The place opens at 10am and already the line was stretched around the block. We got in line and it took 2 hours before we entered the catacombs. 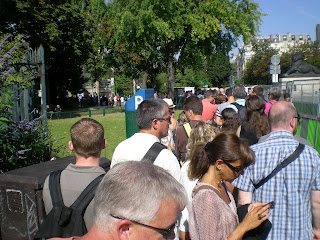 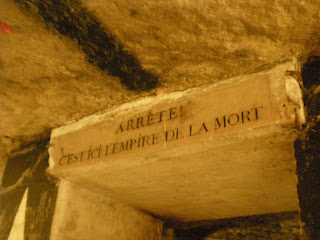 Stop! You are entering the Empire of the Dead! 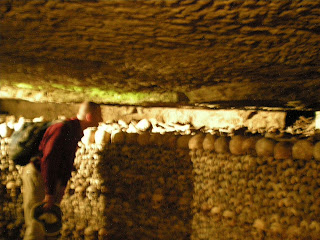 The cemeteries of Paris were considered a health risk in the 1700's and the bones were dug up and deposited in these underground passages beneath the city. These passages had originally been part of a limestone quarry. In the 1800's the catacombs were opened up for tourists to visit. It is a fascinating and creepy part of Parisian History. 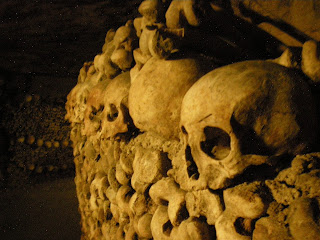 Once we left the catacombs, we went to check into our hotel and took a little nap. Then we woke up in time to go to the top of the Montparnasse tower. One of the tallest buildings in Paris, it has a neat observation deck at the top. We watched the sun go down and had great views of the Eiffel Tower, Arc de Triumph, Notre Dame and many other tourist spots. 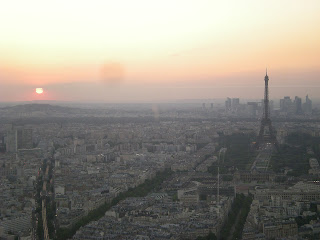 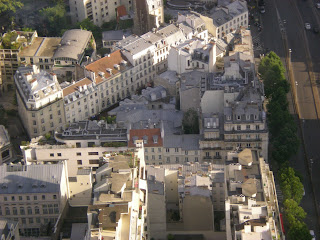 We could look down on our hotel from the top of Montparnasse Tower. 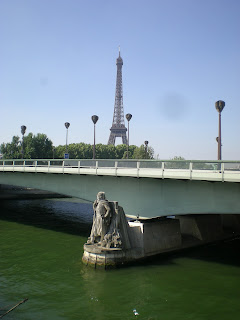 The next day we got up bright and early to hit all the highlights of Paris. One little known bit of trivia is the statue of a Zouave soldier at the Pont de l'alma Bridge. If the water level reaches the feet of the soldier, the lower foot paths along the Seine will be closed. When the water reaches the statue's thighs, the river is unnavigable. During the great flood of 1910, the water level reached the shoulders of the statue. 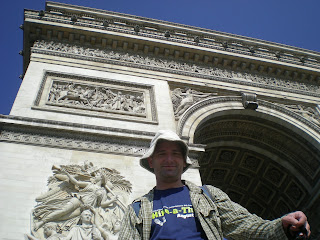 Arc de Triumph and we were triumphant finding a trekking pole at an outdoor store in Paris! 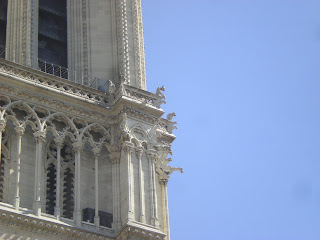 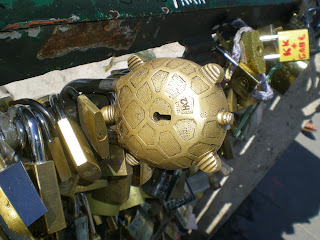 An interesting lock on the bridge across the Seine 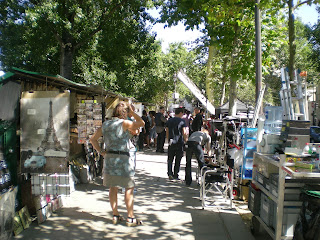 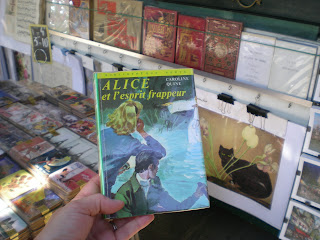 And I was lucky enough to score this French version of a Nancy Drew book. Alice and the Poltergeist is really The Ghost of Blackwood Hall translated to the French.

Back home to Seattle and it was back to hiking for the Washington Trails Association Hike-a-thon. I started on Monday with a nice little ramble around the Farrel McWhirter Park in Redmond. 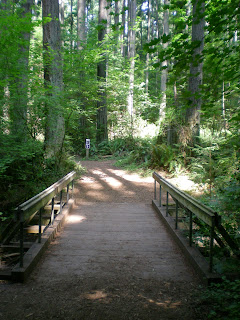 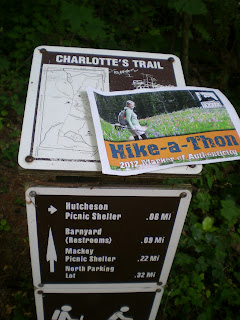 I took the Perimeter Trail all the way to the North End of the Park and the Powerline trail  to the Juel Trail leading to Juel Park. 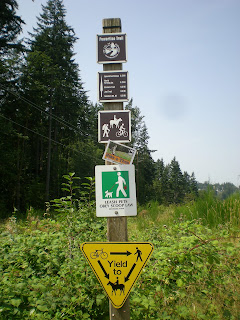 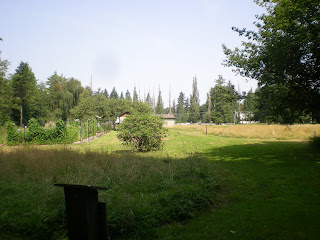 Here you come out at Juel Park with a community garden on one side and a disc golf course on the other! I hiked 2.5 miles on Monday. 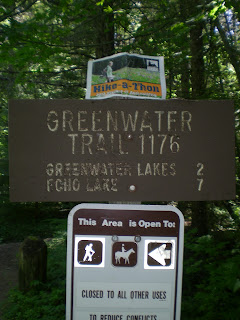 Tuesday, I drove out to Greenwater, WA and hiked the Greenwater Lakes Trail for 4 miles. It is an easy 2 miles out to the lake and back. I even passed a WTA team doing trail work and ran into lots of folks on the trail. I can imagine that on the weekends this place is PACKED! 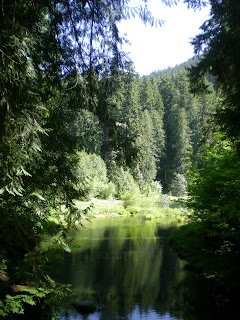 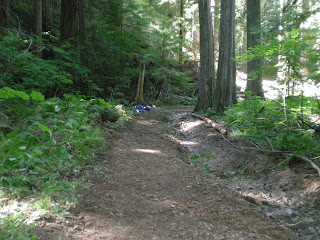 On Wednesday I did 2 miles along the Alki Beach Trail. 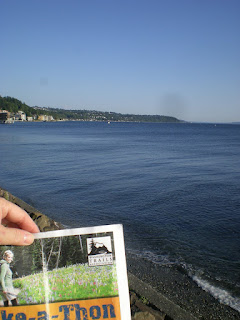 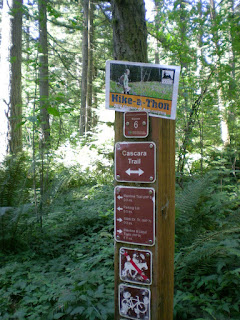 and on Thursday, I did 2 miles at Paradise Valley Conservation Area in Woodinville, WA. 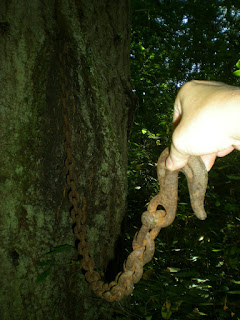 Where I saw this interesting thing. A chain and hook that was "growing" out of a tree. I imagine the tree grew around this chain over the years, must have been left here when this area was logged.

Thanks to Janet and Deirdre for their pledges for hike-a-thon. Be sure to check out my page at WTA Hike-a-thon and give a little yourself. I had 3 more $5 donations from co-workers this week too!

View Larger Map
Posted by Amanda from Seattle at 10:16 PM