On Monday, I got back to Seattle from working the redeye. I was lucky to get a passenger seat and not the jumpseat, so I was able to sleep for 5 hours on the flight back to Seattle. So I was ready to get in the car and drive over to the Olympic Peninsula for some camping and hiking.

First thing was to take the Ferry over. There are about a half a dozen ways to get to the Olympic Peninsula from Seattle. You can drive around the south and not get on a ferry at all. And what fun would that be?? You can take the ferry from West Seattle, you can take the ferries from downtown Seattle to Bainbridge Island or Bremerton. You can take two ferries, one from Everett to Whidbey Island and another from Whidbey Island to Port Townsend. Or you can do what I did and take the Edmonds ferry to Kingston. I had never taken that particular ferry before, so it was a new experience! 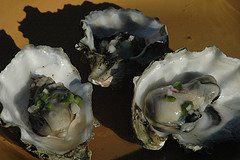 And I am still not on the Olympic Peninsula. I am only on the Kitsap Peninsula. I still have to cross the Hood Canal floating bridge. But first stop for me once over on the other side was Port Gamble. I had never been through the town of Port Gamble and it is just too cute.


The town is a National Historic Landmark with picturesque, turn-of-the-century buildings filled with antiques, an historic church, and New England style homes on tree-lined streets. There was a little tearoom and a used bookstore! I stopped for a quick bite to eat from a Clam and Oyster vendor on the town square! Yummy steamed oysters!

Onward to the Olympic Peninsula, I sped through the towns of Sequim and Port Angeles on my 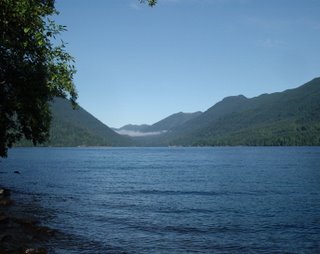 way to Lake Crescent. I adore Lake Crescent. It is such a gorgeous lake. It is fjord-like with mountains rising up around it and the color of the water is deep, deep royal blue. It looks bottomless. And was thought to be bottomless by the local indians. The Klallams would never cross it by canoe. They believed that there were evil spirits that would drown anyone who tried to fish there. It actually is more than 600 feet deep at its deepest point.

I had come here to hike the Spruce Railroad Trail. It winds around the north shore of the lake. It was originally a railroad that was built during WWI to haul wood to Port Angeles build airplanes for the war effort. Ironically, the railroad tracks were finished after Armistice Day and nothing was shipped on it during the war. It was used for commercial logging until the 1950’s and the Park Service created a trail out of it in 1981. There are two tunnels along the trail, but they are collapsed and you can’t walk through them. I only hiked out to just past the first tunnel. It was getting late and the lake can seem kind of spooky. 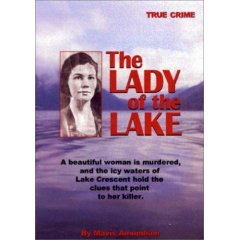 There is a ghost story associated with the lake. “Lady of the Lake” is about a woman who was murdered in 1937. Her body had turned to soap! The lake is fed continuously by the Olympic Mountains snowmelt. When you're six hundred feet down in frigid water, you don't rot. You're preserved and saponification sets in. She was down there for three years at 38 degrees Fahrenheit and after the cold stopped the decay, salts in her system changed all her fatty tissues little by little, and she turned to soap. The depths of Lake Crescent contain a unique mixture of calcium and alkili that cause this saponification to take place. Investigators were able to identify this woman as the missing Hallie Illingsworth and eventually her estranged husband was extradited from California and in a sensational trial was convicted of her murder.

I camped Monday Night at the Fairholm Campground by Lake Crescent. Previously I hiked two miles in Seattle on my layover and on Monday, I had hiked 4 miles for a total of 31 miles for hike-a-thon!
Posted by Amanda from Seattle at 1:19 PM