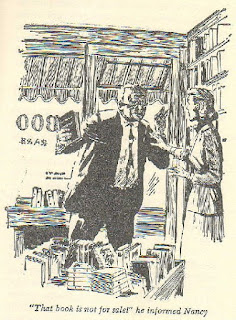 Blue Mind by Wallace Nichols  The science that shows now being near, in, on and under water makes you happy! Loved it because I am so interested in this, but it is a little dry reading.
Death Comes to Pemberley by P. D. James (audiobook) I remember I read this years ago and did not like it, I was hoping that the audio version would make it come alive better. Eh, not so much
Becoming Bonnie by Jenni Walsh The origin story of Bonnie Parker (of Bonnie and Clyde fame) Clyde does not show up til the end of the book. This is a fictional account of how Bonnie evolved into someone who would commit those crimes with him. I liked it.
The Other Sister by Sarah Zettel psychological thriller, very dark, it was okay.
Columbo: The Hoffa Connection by William Harrington  based on the TV character. Do not waste your time. it was not good, the idea to link a rock star with the Union Boss Jimmy Hoffa was ridiculous.
Baghdad Without a Map by Tony Horwitz Travelogue from a journalist who lives in the middle east for a while, he was there in the late 1980's the book was published in 1991. I liked it.
The Golden Tresses of the Dead by Alan Bradley The latest Flavia de Luce book. Loved it as usual. I am just now realizing that the author is in his 80's and we need to appreciate every title in this series because there might not be many more.
Nightshade by Jonelle Patrick Murder Mystery set in Japan. If life had not been derailed by the virus, I might have been in LAX base and working trips to Tokyo by now, so instead I get to take a trip thru reading. I'm an armchair traveler now.
No Good From a Corpse by Leigh Brackett Noir mystery by Leigh Brackett who went on to be a scriptwriter of The Big Sleep, Rio Bravo and The Empire Strikes Back just to name a few, very hard-boiled noir --reading today, it is almost like a joke because we have seen it so much it is a cliche
The Oregon Trail by Rinker Buck I really enjoyed this one. It is about a man and his brother who take a wagon and retrace the route of the Oregon Trail in modern times. It is a fun read and he includes a lot of history about the trail as well as photos too. Highly recommend.
No Deadly Drug by John D MacDonald  I was hoping for more, but this was just a pretty dry recollection of the court case for this murder.