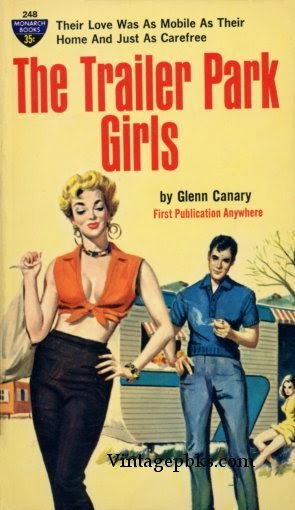 The Greater Journey by David McCullough (audiobook) During the late 1800's many Americans traveled to Paris and spent time in Europe and it greatly influenced their lives back in the USA for generations to come. I was extremely interested in this observation of how Paris and European travel influenced the growth of America into the 20th century
The Human Line by Ellen Bass (library) book of poetry, out of my comfort zone for the Summer Book Bingo at the Seattle Public Library. So much about her mother's death which was depressing. Not a happy uplifting book.
Raymie Nightingale by Kate DiCamillo (library) By the author of Because of Winn Dixie. This book is very similar, so if you liked that one, you will like this one. Raymie is another young girl in the south, making friends with unusual characters.
The Ghost Bride by Yangsze Choo (library) a girl is to be married to the dead son of a family to appease his ghost. I had high hopes for this ghost story/love story. But it was just okay
I am Legend by Richard Matheson (library) I have been meaning to read this ever since the Will Smith movie came out years ago. I gotta say, I like the movie better. The change to Zombies from Vampires was better in my opinion.
Farmer Boy by Laura Ingalls Wilder (library) Might be my favorite of the little house books. I still have on my bucket list to visit the Wilder Farm site in Malone, NY
Free Fire by CJ Box This one is set in Yellowstone and I enjoyed that aspect of it. Plus the weird legal loophole premise was interesting.
League of Denial by Mark Fainaru-Wada (library) made into the movie Concussion. Very good and something that I would not have learned about otherwise, since I am not so much into sports.
Salt, Sugar, Fat by Michael Moss (library) just more information about why I should not be eating processed foods. *sigh*
Cherry Ames Rural Nurse by Helen Wells Just happened to have this one in my car when I needed something to read while waiting...Cherry is working in Iowa as the only nurse in an entire county with a single Doctor. Doctor Hal Miller. The book takes place over the Labor Day weekend and as summer transitions into fall in this rural farming community.
Monopoly, The World's Most Famous Game and How it Got that Way by Philip Orbanes The History of the Monopoly game. I learned some new things. It was not just all about Atlantic City, NJ!
Versions of Us by Laura Barnett (library) If you are a fan of stuff like the movie Sliding Doors, the " "what if " type stuff. This book is for you. I really enjoyed it. Basically it follows 3 different versions of the same couple. It was a little hard to get into....Each chapter switches to a different narrative, but once I could keep the different versions straight, I really liked it. I know I sometimes think.....what if I had taken the job with Disney? or what if I had not gone to Portland to meet Ryan? how would my life be different?
My Name is Leon by Kit de Waal (library) about a boy in foster care in the UK. a little depressing, but hopeful
Truly, Madly, Guilty by Liane Moriarty (library) I am usually a fan of this author, but this one was just okay. Dysfunctional relationships among a group of neighbors.
The Postcard Killers by Liza Marklund and James Patterson (audiobook) had this one in the car while driving to trailheads for hike-a-thon. It was an okay thriller. I liked the Swedish location stuff
The Imperial Wife by Irina Reyn (library) modern Russian Art expert and Empress Catherine I liked the old stuff better than the modern stuff chapters went back and forth
The After Party by Anton Di Sclafani (library) Oh my goodness, such a build up. It went on and on and on and when the big reveal finally comes...Meh, but I do enjoy books set in the 50's with women smoking and drinking and leaving their children in the care of nannies and black maids in the south.
Alice's Tulips by Sandra Dallas (library) on my quest to read everything by this author, I really really enjoyed this one. It is written as a series of letters by a new wife left behind when her husband goes off to war (Civil War). She was so interesting and I really enjoyed how the story was laid out via the letters. And it has a quilting theme!! So Diane and Suzi (and Kathy!! ) you guys might enjoy this one too!!
Once Upon a Time There was You by Elizabeth Berg (audiobook) I bought a bunch of these at the library book sale because I knew I had to have stuff to listen to in the car this summer with all my driving back and forth to trailheads. I had forgotten that THIS one was the one where the daughter is abducted....not my favorite of her books. But it passes the time well when I am driving in the mountains and can't get a radio signal.
Shucked by Erin Byers Murray (library) A food writer decides to spend time working on an oyster farm in Massachusetts. I liked this look at the oyster from the farm to my mouth!! LOL Alisa, you might want to try this one.
Bound by Donna Jo Napoli (library) Basically the Cinderella story in Chinese form. I liked it


For those of you who are supporting Ryan and me for the WTA hike-a-thon this year, Here is the link to our donation page! We are still accepting donations thru Sept 7th!! Hike-a-thon
Posted by Amanda from Seattle at 1:40 PM