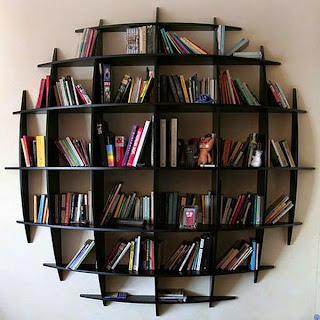 The Poet by Michael Connelly (audiobook) not a Hieronymus Bosch story the protagonist was a reporter instead of a cop or detective. Pretty good story though.
Forever Liesl by Charmian Carr the story of the making of the Sound of Music, very nice
The Story of Sushi by Trevor Corson very interesting history and explanation of sushi I recommend if you are a fan
Bad Blood by Dana Stabenaw (audiobook) As I have said many times, I like to listen to books on audio tape that I have read before, because I usually listen to these in the car and I can pay more attention to my driving if I already have an idea of the story and I am not hanging on every word.
Family Honor by Robert B. Parker (library) A Sunny Randall mystery and I quite enjoyed it. Parker had been recommended to me, but I was not interested in the Spencer mysteries, and I have already read the Jesse Stone novels and I did enjoy them, so the Sunny Randall mysteries were a compromise, and I really like them!!
A Fireproof Home for the Bride by Amy Scheibe (library) I liked it....a love story set against the KKK in 1950's North Dakota --Beany Malone and Malt Shop fans, this is a more adult story, but very much reminded me of the social issues that are often found in those books
Still Alice by Lisa Genova (library) about Alzheimer's and has been made into a movie --very very good, I highly recommend
Gunman's Rhapsody by Robert B. Parker (library) The Wyatt Earp story. If you are a fan of the movie, it reads just like the movie Tombstone
The Beautiful Unseen by Kyle Boelte (library) depressing, was recommended by my sister. About fog and a guy dealing with the suicide of his brother. The descriptions of the San Francisco area are interesting, especially if you are familiar with the area.
Younger by Pamela Redmond Satran (library) The basis of the TV show Younger which I have enjoyed alot and I loved the book too.
Storm Front by John Sandford (audiobook) A Virgil Flowers mystery. Listening to it while driving around the Hudson River Valley in NY shuttling Ryan to and from the AT. It's a fun one.
Perish Twice by Robert B. Parker (library) another Sunny Randall Mystery, she investigates her sister's  husband and things get complicated, it was fun.
Fright by Cornell Woolrich (originally published under the name George Hopley). Cornell Woolrich is the most amazing noir writer that you have never heard of....I had never heard of him and more of his stories were made into films during the 40's and 50's heyday of film noir than any other writer!! I found out that he wrote the story that Rear Window was based on and now I have been trying to unearth as many of his works as I can to read.
Smokin' Seventeen by Janet Evanovich (audiobook) I thought this Stephanie Plum novel was more fun to listen to a second time than when I read it the first time!
Shrink Rap by Robert B. Parker This is my least favorite of the Sunny Randall books I have read so far. I liked that she was a body guard for a successful author and I like to imagine that Robert B. Parker used his own experiences on book tours and in discussions with movie people about making movies from books. But the biggest thing that I thought was stupid was Sunny meets the bad guy, so he has seen her and then she shows up at his office in a disguise and we are supposed to believe that he doesn't recognize her again, just because she wears dark glasses and has on a wig. Stupid IMHO, and her protesting that she does not need her ex-husband's family's help and in the previous two books, she does go to them for help and she talks about it again in this book....this is getting old.
Dead Wake by Eric Larson (library) about the Lusitania, loved it! I wish we could see a movie about this tragedy. Maybe they'll make a movie from this book. Loved all the information about the ship and about the U-boats and the Captains of both. Just really enjoyed getting my history lesson this month.
You Are Here by Hiawatha Bray (library) From the Compass to GPS...about Maps and how they are made, very interesting following the evolution and how GPS and Google have changed things for us all.
Aunt Dimity and the Summer King by Nancy Atherton Fun Cozy Mystery in the Aunt Dimity series.
American Ghost by Hannah Nordhaus (library) This was a great book. A woman does research on a famous ancestor said to be a ghost. Her great great grandmother lived in Santa Fe, NM during the late 1800's early 1900's and was an immigrant from Germany. I recommend it!!
Posted by Amanda from Seattle at 4:26 PM

I went to high school with Jeanne Strauss the other author of "Forever Leisl". She also wrote the amazing book, "Under a Tall Tree" (which may or may not be available), a true story about her search for her biological parents. She's been instrumental, especially recently, for changing the laws about keeping adoption records secret. Met with Obama just last week!