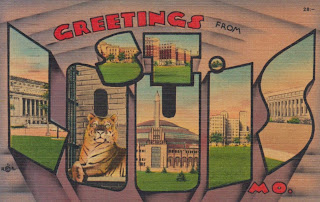 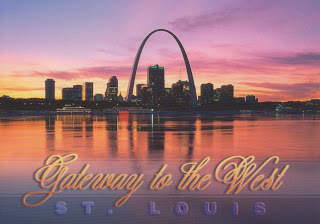 At the St. Louis World's Fair in 1904, Richard Blechyden, served tea with ice and invented iced tea.  Also, at the St. Louis World's Fair in 1904, the ice cream cone was invented. An ice cream vendor ran out of cups and asked a waffle vendor to help by rolling up waffles to hold ice cream.
Anheuser-Busch brewery in St. Louis, Missouri is the largest beer producing plant in the nation.
Posted by Amanda from Seattle at 4:40 PM

Interesting! To me, the invention of the waffle cone is right up there with electricity and indoor plumbing.