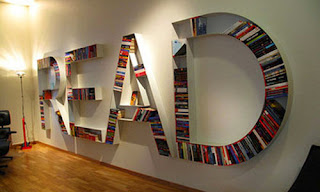 Blaze by Richard Bachman (Stephen King) the Stephen King version of Of Mice and Men. I liked it.
World War Z by Max Brooks (library) made into a movie, which I have not seen yet.  I liked that it was written in the style of transcripts of oral histories.
Rear Window and other stories by Cornell Woolrich I just found this author who was one of the major noir writers during that era. So I really liked reading his stories and I will definitely read more of his stuff!
Don't Point That Thing At Me by Kyril Bonfiglioli (library) the basis of the movie Mordecai.   This is probably one of the rare times where I liked the movie better than the book
West of Sunset by Stewart O'Nan (library) F. Scott Fitzgerald's years in Hollywood. I quite enjoyed it
Death Comes to Pemberly by P. D. James ( library audiobook) I like to listen to books that I have previously read on audiobook, because I have them to listen to while I drive and I don't want to have to concentrate on them too much.   If I am already familiar with the story, I can pay attention to my driving and not get distracted by the book!
Close to Shore by Michael Capuzzo (library) Non-fiction account of shark attacks that occurred in 1916 (and I believe many of these stories were the basis of the book Jaws by Peter Benchley.
Murder on the ICW by Ellen Elizabeth Hunter I only read this because it is set in Wilmington and Wrightsville Beach, NC. The book and mystery are okay, but I get all my enjoyment out of her setting.
A Dog's Journey by W. Bruce Cameron (audiobook) sequel to A Dog's Purpose, LOVE it!!! Must read for anyone who loves dogs
Silent to the Bone by E. L. Konigsburg just okay, I think I liked her historical stuff the best
Lady Almina and the Real Downton Abbey by The Countess of Carnarvon The real story of Highclere Castle during the late 1890's through the 1930's. I really liked this alot and highly recommend it. Especially to fans of Downton Abbey.
Going Clear: Scientology, Hollywood and the Prison of Belief by Lawrence Wright (library) Learning more about this crazy religion. It is really fascinating
Dream Birds by Rob Nixon Part History of the Ostrich and Part Memoir, but I learned a lot about these interesting birds
Washed Up: The Curious Journeys of Flotsam and Jetsam by Skye Moody (library) As a life long beachcomber, I found this book a must read. Very interesting!! Highly recommend
The Second Mrs. Giaconda by E.L. Konigsburg I do enjoy her historical books more !! This one is about why Leonardo da Vinci painted the Mona Lisa.
Gathering Prey by John Sandford (library)  I always enjoy these and can't wait for the next one. it's like visiting with an old friend at this point.  I enjoy the interaction between the characters more than the mystery almost!  The evolution of the relationships, and jokes and themes that are woven from book to book in this series are what I enjoy about this series.
Posted by Amanda from Seattle at 4:18 PM

I just discovered P.D. James last night on Amazon. Sounds like that Charles Todd/Rennie Airth genre John and I love so much. Of course, YOU were the one who recommended the former and we'll always be grateful!