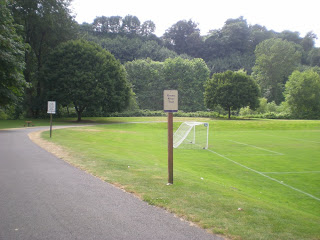 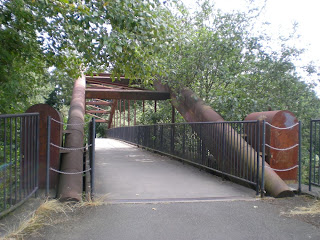 I had such plans!! I had BOS, LGA and SFO layovers that I had planned to hike during layovers and then I was under the weather and couldn't work. So I was home, but I didn't get anything done here either, because of being under the weather!

Such a bummer. I did do a mile on the Green River Trail in Tukwila when I picked up Ryan from his several miles of trekking along the same trail.

Once things were back to normal health-wise, I was able to do a mile at Nisqually 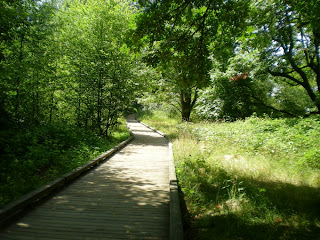 (of course, Ryan did 4 miles) and a mile at Big Creek trail near Cougar, WA. I was dropping Ryan off for his WTA work party.

We went camping along the Lewis River outside of Cougar, WA, just south of Mt. St. Helens. We brought along the telescope to do some stargazing, but the mostly full moon stymied our efforts. We did see a couple of shooting stars, part of the Perseids meteor shower and we did the native american eye test, looking at the double star of the Big Dipper. The second star 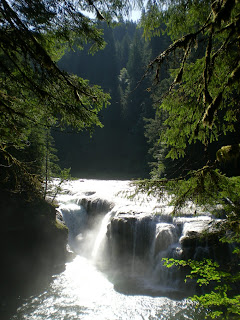 from the end of the handle is an optical double star. You should be able to perceive this separation of these two stars with the naked eye. 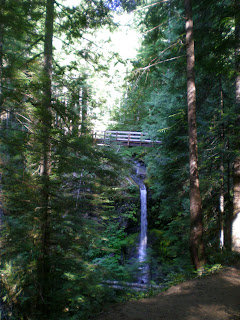 I did a couple more miles along the Lewis River trail between the lower falls and the middle falls. And stopped off for a 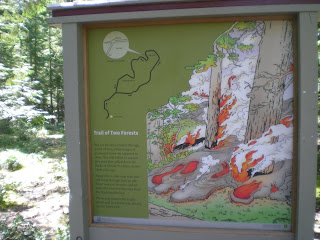 letterbox and did the Two Forests Trail near Ape Cave. So I got in 4 miles before I had to leave for work. 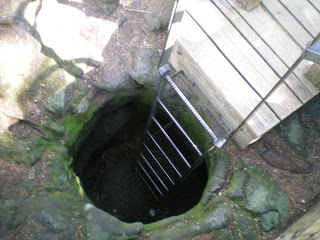 I got to Switzerland and did 2 km along the Zurich Vita parcours near our hotel. (about 1.25 miles)
By the Zurich Airport is a little town called Regensdorf, Switzerland. This is where we layover. There is a Zurich Vitaparcours just behind the Strafanstalt Poschwies Prison! :-)

This is a fitness trail, like an outdoor gym. They were huge in the 70's and I discovered that the original parcourse was invented in 1968 by a Swiss architect! 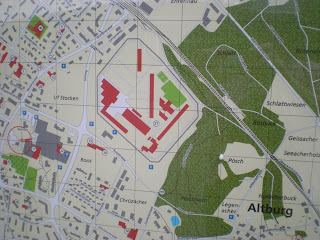 They appear to still be hugely popular over here and just about every town has one. In West Seattle, we have one at Lincoln Park, but it is mostly in disrepair, I don't think anyone uses it. 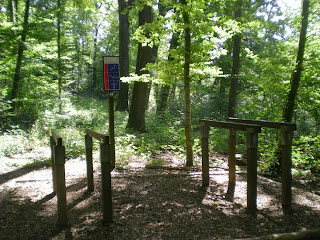 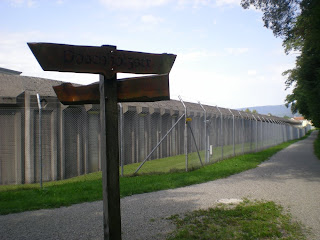 On the map in the photo, the buildings shown in red (#27) are the prison. The green area is where I hiked, the course starts at #99 and my hotel is #11. The green area beside the hotel is a cemetery. One of the cutest that I have ever seen. They have the prettiest tombstones in there. 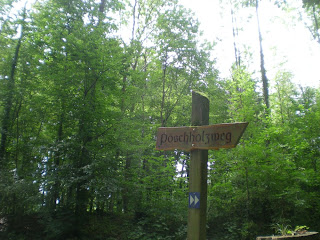 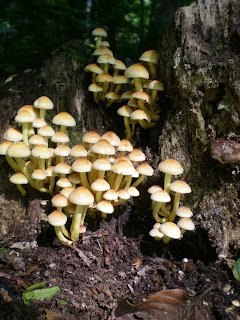 We've raised $771 for WTA hike-a-thon and I have hiked 21.5 miles.
You can still support both of us with our hike-a-thon for Washington Trails Association.
Our Team Page
Amanda's Page
Ryan's Page

And you can read more about our adventures together on Ryan's blog at www.anotherlongwalk.com

Posted by Amanda from Seattle at 6:49 PM

You've raised more money than I have, but I retaliate by hitting 50 miles for the month today! Thank you so much for pointing me at the WTA Hike-a-Thon. I'm loving it!