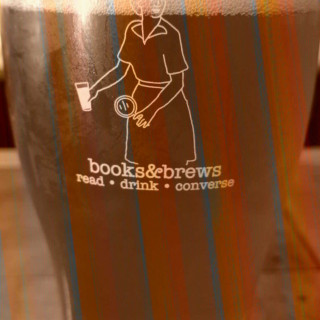 Catherwood by Marly Youmans the fictional story of a lady in 1676 America (the new world) who gets lost in the wilderness and how she survives.
The 39 Steps by John Buchan a spy story circa WWI
Flotsametrics and the floating world by Curtis Ebbesmeyer and Eric Scigliano Living in Seattle and beachcombing, you find crazy things sometimes. This scientist studies how things move in the oceans. Fascinating.
Winter Grave by Helene Turston (library) swedish thriller with a complex protagonist.
The Silent Patient by Alex Michaelides (library) I did not think it was an "edge of your seat" read. It is a psychological drama more than a thriller in my opinion.
Wheat Belly by William Davis (library) great book about the gluten-free thing. Lots of great information.
Richard Potter by John A. Hodgson (library) The true history of America's first black celebrity 200 years ago in the early 1800's Richard Potter was the most popular entertainer in America.
Miss Zukas and the Raven's Dance by Jo Dereske I love this series of mysteries set in the PNW with a librarian protagonist.
Off the Beaten Page by Terri Peterson Smith (library) A travel book with suggestions on where to go with a Literary Theme.
Normal People by Sally Rooney (library) thought it was kind of sad, sort of dysfunctional relationship between a boy and a girl thru High School and College.
Prairie Fever by Michael Parker (library) 2 sisters in early 1900's Oklahoma and the man that comes between them.
The Dental Diet by Dr. Steven Lin (library) great book again about how our modern diet is bad for us...processed foods, too much grain etc.
Oxygen by Carol Cassella an anesthesiologist has a child die during surgery and faces a malpractice suit. Set in Seattle (attention Grays Anatomy fans!!)
McTeague by Frank Norris just rereading this classic, I first read it as a teenager, my Dad had recommended it to me about the same time I was reading stuff like American Tragedy by Dreiser and The Jungle by Upton Sinclair.. It is set in San Francisco, so has some great atmosphere of that city.
Being Mortal by Atul Gawande (library) Great book about aging and death and how it is dealt with in the USA particularly. nonfiction
Time After Time by Lisa Grunwald (library) If you liked Somewhere in Time or The Age of Adaline or The Time Travelers Wife, you might want to check this one out too. Interesting idea about time travel and loving someone who is out of your time.
While I am Falling by Laura Moriarty (library) story of a girl in college whose life falls apart as her parents are divorcing. Very good. I recommend.
The Man Who Invented Christmas by Les Standiford (library) Basically the story of the writing of A Christmas Carol by Dickens. I liked the history of how Christmas was celebrated and also the biography details about Dickens.
The People of the Book by Geraldine Brooks (audiobook) I really love this book and I caught different stuff during the listening of it.

Posted by Amanda from Seattle at 10:43 AM