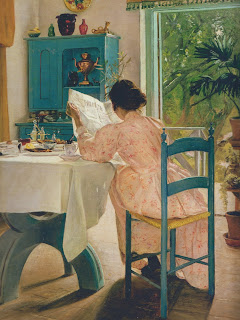 
The Radium Girls by Kate Moore (library) True story of how the women who painted luminescent watch dials were poisoned by the radium. Despite the companies claiming that radium exposure was safe for years and years. I recommend it. Especially in this day and age when we are bombarded by chemicals everywhere.
The Mystery of the Tolling Bell by Carolyn Keene reading in anticipation of a Nancy Drew convention in Maine. And Nancy Drew experts will realize that I actually read this book twice because I have to read the Original Text AND the Revised text versions of the book.
Nancy Drew and the Hardy Boys Super Mystery: Tour of Danger by Carolyn Keene more reading for the convention, but I do not recommend the Super Mysteries. In fact, I am writing reviews about them talking about how bad they are!!
Cairns by David B. Williams (library) I was just hiking with my cousins and we saw some cairns along the trail and started talking about them. So I wanted to learn more.
Off the Cliff by Becky Aikman (library) about the making of Thelma and Louise and how it shook up Hollywood. Very good, highly recommend
If you go through the Seattle Airport, there is a kiosk that tells you that you can download a book for free (from the King County Library), so I have always been intrigued by this and today, I stopped and downloaded an audiobook to listen to during my flight to go to the Nancy Drew convention. It was awesome!! So if you are ever at SeaTac, look for this kiosk at the beginning of C concourse across from the Alaska Airlines lounge.  And the book I downloaded was:
The Purple Diaries by Joseph Egan (audiobook) It is about a Hollywood scandal from the 1930's involving Mary Astor and child custody. I really enjoyed it.
The History of America in Thirty-six Postage Stamps by Christopher West (library) exactly what it says, he takes 36 postage stamps and tracks them through American History and the history of the postal service also. I really enjoyed it and recommend highly. He also has a book about British History too, which is now on my TBR list.
What She Ate by Laura Shapiro (library) I really liked this one. She examines the lives of some famous women by concentrating on what they ate, meals, food descriptions in their memoirs and their writings etc. I was fascinated!! Because food means so much to me. If you are someone who is always posting pictures of your meals on facebook....you might want to read this one.
Crowned and Dangerous by Rhys Bowen (library) another fun "Her Royal Spyness" mystery, I really read these to see what is happening with Georgie, the mystery is secondary.
Never Turn Your Back by Margaret Scherf  Nancy Drew ghostwriter Margaret Scherf also wrote many adult mysteries and this is one of them.
Back Spin by Harlen Corben (audiobook) One of his Myron Boitar mysteries, a professional golfer has his son kidnapped.
Gather the Daughters by Jennie Melamed (library) Dystopian world much like 'The Handmaid's Tale" ....something creepy is going on with the women and how they are controlled by the men. I really enjoyed it, it is the author's first book.
The Mountain Between Us by Charles Martin (library) currently a movie that is out now, I really enjoyed the book , have not seen the movie yet. Survival story of a plane crash in the Rockies between Salt Lake City and Denver.

To be read:
Plainsong by Kent Haruf
Killer Stuff by Sharon Fiffer
Midnight Line by Lee Child
Deep Freeze by John Sandford
To Be Where You Are by Jan Karon
Posted by Amanda from Seattle at 3:24 PM