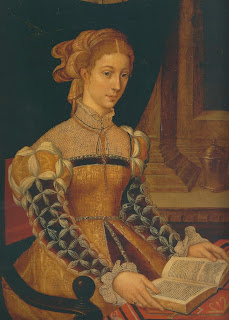 
Killer Stuff by Sharon Fiffer (library) This was a fun murder mystery.  A mysterious "American Pickers" or "Antiques Roadshow" and add a dash of romance. I'll be reading more by this author.
Deep Freeze by John Sandford  (library) A Virgil Flowers book, I love these, because I love the characters. The mystery is now secondary to me, although this one moves fast....I just like the interaction between Virgil and everyone else.
Shark Club by Ann Kidd Taylor (library) basically a romance novel with a love triangle and lots of shark info. I liked it well enough. Ann Kidd Taylor is the daughter of Sue Monk Kidd
Second Life by S. J. Watson (library) Julia's sister has been murdered and when Julia tries to get answers as to why, she finds out that her sister had a secret life and there are questions as to what kind of life Julia has been leading also...I liked Before I Go to Sleep better than this one by the same author.
So You've been Publicly Shamed by Jon Ronson (library) How we now use social media to publicly shame people, and how this is becoming a norm in our society now.
Wear No Evil by Greta Egan (library) Very interesting book about paying attention to where and how the clothes you wear are being created. This book hit home after the uniform fiasco we are having at American Airlines. And actually because I do purchase the majority of my wardrobe from consignment and resale stores, I feel that I am already doing a great job at this....also recycling by donating or reselling the clothes that I no longer wear!!
Flight of the Gin Fizz by Henry Kisor (library). I absolutely loved this book about a deaf pilot who re enacts a 1911 coast to coast flight in his Cessna 150.  The obstacles he overcomes just to get his pilots license and the things he has to do to make this journey are amazing.  I really enjoyed this and I might have to buy it now so I can read it again!
Die Trying by Lee Child (audiobook) while driving in the car, I always like a book that I have read before because I don't have to pay too much attention to it, I can still concentrate on driving! LOL
Deluxe: How Luxury Lost it's Luster by Dana Thomas (library) really enjoyed this one about how Luxury Goods are now not so much....when everyone can buy a Dior pair of sunglasses or a Chanel knock-off. The history of luxury goods and duty-free shopping etc was really interesting to me.
Mr Monk Goes to Hawaii by Lee Goldberg a novelization of the Monk TV show. I really enjoyed the TV show and the books are just as much fun. There are several titles in this series.
Comet in Moominland by Tove Jansson This is a children's book from Finland. Tove Jansson and the Moomin are like national treasures there! I had no idea when I first visited Helsinki, but they are very popular characters and there is even a theme park in Naantali, Finland. So I have been telling myself that I need to read one of the books. The Moomin have all kinds of crazy adventures and are worried that a comet is going to hit the earth.
Y is for Yesterday by Sue Grafton (library) this series is coming to an end and I am still enjoying it....twice in this book there were instances where things were sort of expected or I just saw them coming....I mean how many times do you have to see Vultures circling in the air and not think that a dead body is going to show up??? But all in all, I enjoyed it!

To Be Read:
The Weight of Water by Anita Shreve
A Town Like Alice by Nevil Shute
Storybook Travels by Colleen Dunn Bates and Susan Latempa
Boon Island by Andrew Vietze and Stephen Erickson
Tea at the Blue Lantern Inn by Jan Whitaker
Posted by Amanda from Seattle at 3:25 PM