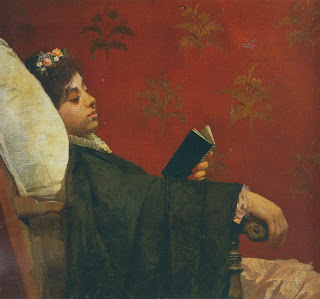 
Sunset City by Melissa Ginsburg (library) The seedy underbelly of Houston. Lots of graphic, yucky stuff, but this is one that I must have gotten from a list of "if you liked Gone Girl and Girl on the Train etc etc"
The Passenger by Lisa Lutz (library) Another from the "if you liked Gone Girl list" about a woman who is on the run after her husband is murdered and she does not have an alibi...Good
Missing, Presumed by Susie Steiner (library) Good book about a woman who goes missing. I think this may be the beginning of more with the detective DS Manon Bradshaw and I will definitely put Susie Steiner on my list of authors to read more of!
In Cuba I was a German Shepherd by Ana Menendez  (library)short stories by a Cuban American, reading in anticipation of my upcoming trip to Havana.
Under the Harrow by Lynn Berry. (library) A story about a woman who is obsessed with the murder of her sister and she investigates the murder herself when the cops appear to have given up
Today Will Be Different by Maria Semple (library) If you liked Where'd You Go Bernadette by the same author, you will like this one. Much of the same type of thing. Urban Mom in Seattle kind of goes off the rails, has a precocious kid and a long suffering husband. This must be Maria Semple's own wacky genre.
Cuba Diaries: An American Housewife in Havana by Isadora Tattlin (library)True memoir of the time Ms. Tattlin spent in Havana during the 1990's while her European Husband had a job there (he is/was an Energy Consultant) I really really liked this one! Great look at the expat experience from someone in a place where it is very very challenging!
Magic Hour by Kristin Hannah Okay, my friends who are fans...I have given it a go, this is my third Hannah book...and she is not fabulous, a poor man's Jodi Picoult? The only thing that makes me come back is the PNW locales, but I am done with Kristin Hannah I think.
The Deep Six by Randy Wayne White and
The Deadlier Sex by Randy Wayne White both of these books were written by Mr. White when he was a struggling new writer. Under the pen name Randy Striker he wrote six books about an ex Navy Seal living in the Florida Keys and having crazy action adventures. They really are not that bad. Like the Bachman books by Stephen King or the old Harlequin Romances by Janet Evanovich, these are the books that were a training ground for these writers. I find them fascinating.
The Other Boleyn Girl by Philippa Gregory Henry the VIIIth and the Boleyns, I love getting my English History education from Philippa Gregory.
Evil Under the Sun by Agatha Christie I brought a bunch of these paperback books to Cuba with me to read and then leave behind. So old favorites like Randy Wayne White, Ian Fleming, Philippa Gregory and Agatha Christie. I never tire of reading them over and over again and I hope someone in Cuba will enjoy them now.
Thunderball by Ian Fleming This is the Bond book where he has to go to a Spa to improve his health and it also introduces Blofeld as the mastermind of SPECTRE. Lots of action in the Bahamas, so I thought it a good book to leave behind in Cuba.
Revenge Wears Prada by Lauren Weisberger  The sequel to The Devil Wears Prada, more drama from Andrea...and it is all blah. I was a fan of the movie and read the original book because of that....this is just awful. Don't bother.
Fever Dream by Samanta Schweblin (library) okay, if anyone reads this, could you please tell me what happened? I am still confused. It is definitely a fever dream. It is supposed to be a sort of ghost story and it is translated from Spanish (so stuff could be lost in translation??) But I really had a hard time keeping track of what was going on and it is not a BIG BOOK, it is very short and concise.
I Let You Go by Clare Mackintosh (library) A child is killed in a hit and run and this is the story of the investigation and the trauma surrounding the event. I liked it. It is British, and it is sad.
Celine by Peter Heller (library) This is about a private detective who specializes in missing persons cases. A daughter is trying to find out about her father who may or may not have been mauled by a bear at Yellowstone. So you have the mystery of the bear attack and then you have all this interesting story about the detective, Celine, herself. I recommend
To Have and Have Not by Ernest Hemingway (library) set in Cuba and I had not read it before, so I remedied that situation.


To Be Read:
Maigret and The Death of a Harbor Master by Georges Simenon
Justine by Lawrence Durrell
Steinbeck's Ghost by Lewis Buzbee
Wolf Hall by Hilary Mantel
Stalking the Blue Eyed Scallop by Euell Gibbons

Posted by Amanda from Seattle at 3:01 PM