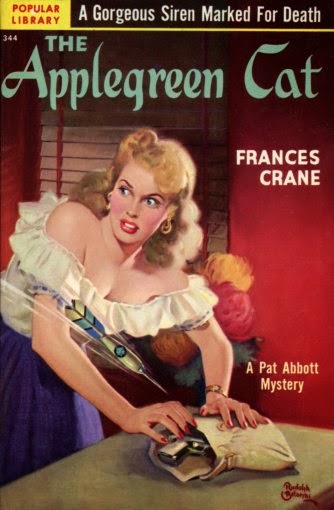 The Swans of Fifth Avenue by Melanie Benjamin Truman Capote among the rich and famous in NYC I enjoyed it
Blues of a Lifetime The Autobiography of Cornell Woolrich Ed. by Mark Bassett  I have been fascinated with this Author once I found out that he wrote so many books that were made into Films during the 30's and 40's, but how many recognize his name?
The Big Short by Michael Lewis (library) made into a movie, about the bursting of the housing/loan bubble. I could barely keep up with all the financial wheeling and dealing. Basically, only a few saw it coming and no one else thought there was anything wrong?
Not my Father's Son by Alan Cumming (library) Very interesting Autobiography of one of my favorite actors
The Last Anniversary by Liane Moriarty (library) I really really enjoy this author and this is now one of my favorites by her
The Unfortunate Importance of Beauty by Amanda Filipacchi (library) There was a lot in this book that was just plain silly, but the message is looks are not everything.
Ghostman by Roger Hobbs (library) a heist book. I really liked it. About a casino robbery gone wrong in Atlantic City and the "fixer", the Ghostman who comes in and cleans up the mess.
Chosen by a Horse by Susan Richards (library) dealing with grief by helping an abused horse
What was Mine by Helen Klein Ross(library) about a woman who kidnaps a baby and raises it as her own and what happens when the child finds out when she is 20 years old.
My Sister, My Love by Joyce Carol Oates (library) thinly disguised re-telling of the Jon Benet Ramsey tragedy from the point of view of a sibling.The format was a little odd...very disjointed and that bothered me reading it. Lots of weird footnotes and so forth.
Looking for Andrew McCarthy by Jenny Colgan Fun Chic Lit Ellie thinks that Andrew McCarthy can solve her relationship problems. something Kinda weird....both this book and What Was Mine had scenes in an Ikea store at the beginning of the book. Such a weird coincidence !

Posted by Amanda from Seattle at 1:36 PM