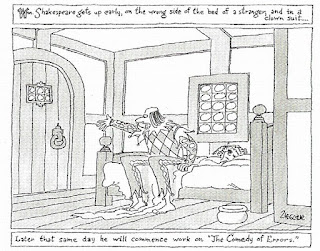 Third Girl by Agatha Christie I like that Ariandne Oliver is in this book. I also appreciate the references to Colonel Race from Death on the Nile!  I enjoy when the books refer to the other books.
A Caribbean Mystery by Agatha Christie Miss Marple goes on vacation!
Take a Look at the Five and Ten by Connie Willis (library) Such a lovely little book. A novella about nostalgia and a perfect little Christmas story.
Nemesis by Agatha Christie   Mr Rafiel, who we met in Caribbean Mystery asks Miss Marple to investigate a  murder after his death. This was the last Marple mystery that Christie wrote --although Sleeping Murder is published later, it was written in the 1940's.
In The Clearing by J.P. Pomare (library) an Australian author, a really good thriller type book about a girl abducted by a cult.
The Geography of Bliss by Eric Weiner (audiobook) I really enjoyed this one --non fiction, a journalist investigates the Happiest places on earth, and does where you live, how you live make you happy? Are certain cultures predispositioned to be happy?
The Adventure of the Christmas Pudding by Agatha Christie another collection of short stories published in 1960 and most of the stories are from years previous. It is fun to read the "holiday" themed one during the holidays. I think they actually used to publish her books to come out at Christmas time and the tag line was a "Christie for Christmas! "
Fairy Tale by Stephen King (library) very similar to Mr Harrigan's Phone. A boy works for an old man who dies and leaves him a disturbing legacy!
Curtain by Agatha Christie  She wrote wrote Hercule Poirot's last mystery, and Sleeping Murder during World War II to be published after her death. It is interesting how she was so ready to kill off Poirot at this "early" point in her career. And I for one appreciate the books where she departs from Poirot. But he was much loved by the general public.
Righteous Prey by John Sandford (library) A nice enjoyable break from all the Agatha Christie lately. I love the characters and it was fun to see Lucas Davenport and Virgil Flowers actually work a case together.
No Plan B by Lee Child and Andrew Child (library) another break from Agatha Christie. The latest Jack Reacher, very much to the standard code, no surprises or deviations. I was reading this at the same time I also read Righteous Prey by Sandford and I totally preferred the John Sandford book, because of the interplay between the beloved characters in the Prey book. It also was very formulaic, but the enjoyment of hanging with the characters overshadowed that (also I find this with Agatha Christie too, her plots start to merge together in my mind, but I am there for the characters.) Child just has Reacher and he is just the same and probably could do with some growing and changing. My favorite Reacher books are where he thought he had a kid or he was inheriting a house and his life might change...but then it doesn't change and we get the same book over and over again.
Sleeping Murder by Agatha Christie A girl remembers a murder from her childhood and at first thinks that she is imagining it or she is going crazy, but they start to investigate to see if she really did witness a murder from 20 years ago! This is the last Miss Marple Mystery.
The Memory of All That by Betsy Blair (library) Her autobiography. She was the wife of Gene Kelly during the 1940's-50's and her experiences with the Hollywood system and being blacklisted. Very interesting.
A Different Kind of Evil by Andrew Wilson (library) another of these books where Agatha Christie is playing detective and solves the mystery. I do like how he weaves what was going on in Christie's life at the time with what was going on in the world and creates these books from that historical record.
And Hurrah! I accomplished my resolution to read all the Agatha Christie books this year! I will admit that there are two short story compilations: Poirot's Early Cases and Miss Marple's Final Cases, that I did not get to yet but these contain stories that were in other compilations, so I don't feel like I missed anything. Also I did not read the plays, or her romance novels. Nor did I read her Autobiography or Come Tell Me How You Live about her life with Max on archeological digs. I might do that in 2023, but I will definitely be taking a break from Christie for a few months! Ha ha But I will continue to read the Andrew Wilson books where Christie is a character solving mysteries.
Posted by Amanda from Seattle at 2:38 PM