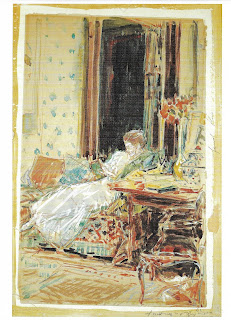 Trail of Tears by John Ehle History of the Cherokee Nation depressing for sure
Three Martini Lunch by Suzanne Rindell Sort of like Mad Men, but in the publishing world instead of the advertising world.
People We Meet on Vacation by Emily Henry (library) chick lit/romance it was okay
Nobody's Family is Going to Change by Louise Fitzhugh (library) YA book about a family where the children have dreams that do not mesh with what their family expectations of them.
Nick by Michael Farris Smith (library) prequel to The Great Gatsby concentrating on Nick of course, his experiences during the war and why he ended up renting that house between the mansions.
The Lampshade by Mark Jacobson (library) The story of a lampshade found at a rummage sale after Hurricane Katrina made from human skin. Did it come from the Holocaust? They try to trace it through DNA etc
American Tragedy by Theodore Dreiser one of my all time favorite books and I like to reread it every once and awhile. Based on a true story of a murder and trial in the Adirondack region of New York State.
The Auschwitz Photographer by Luca Crippa and Maurizio Onnis (library) another Holocaust book. I always seem to read these in waves. Based on the true story.
Aloha Rodeo by Julian Smith and David Wolman (library audiobook) Great story of the history of cowboys in Hawaii and their appearance at a Cheyenne Rodeo in 1908. Highly recommend!!
Gone Tomorrow by Lee Child (audiobook) Jack Reacher book. I had to do an impromptu 20 hour car drive and got some audiobooks knocked out!! LOL
The Other Queen by Philippa Gregory (audiobook) Mary, Queen of Scots Ugh, just got sick of hearing about women being manipulated by men (or used as pawns by men) in the politics of the time.
Everyday Survival by Laurence Gonzales (library) fun, about how our brains work and poise us for survival (or also disaster) very interesting I recommend
Posted by Amanda from Seattle at 11:19 AM