May: Books I read 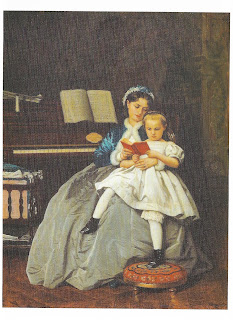 Speedbumps: Flooring it Through Hollywood by Teri Garr (audiobook) the autobiography of Teri Garr. I have always been a fan and always enjoyed her on Saturday Night Live and on the David Letterman show.
Win by Harlan Coben (library) Win is a character in the Myron Bolitar books by Coben and now he gets his own stand alone story. It was okay, I think I had it built up so much in my anticipation that I was let down a bit.
Flyover Lives by Diane Johnson a memoir about the authors family from Illinois. I really enjoyed her stories of her family and how they settled and how she grew up in the middle of the country, (not near an ocean.) I think her theme is how very American that is.
Britt-Marie was Here by Fredrik Backman another book by the author of  "A Man Called Ove."
Uncertain Voyage by Dorothy Gilman Gilman writes a fun adult mystery series centered around Mrs. Pollifax. (Miss Marple as a secret agent) This is one of her stand alone novels. I highly recommend her.
Project Hail Mary by Andy Weir (library) So much fun, You might remember that this is the guy who wrote The Martian. This is his latest book and I thoroughly enjoyed it. Mysterious, lots of science, poignant and funny at times.  Highly recommend.
Murder at San Simeon by Patty Hearst based on the true story of the death of Thomas Ince.  I recently saw a movie, The Cat's Meow, about the murder of Thomas Ince and the cover-up. So now I just want to read more and more about it. And it is probably a testament to William Randolph Hearst's power that there is basically nothing to see. This is it, rumor and speculation and a noticeable lack of any paper trail about the incident. Both Murder at San Simeon and Cat's Meow are fictional accounts of what might have happened.
The Wife Upstairs by Rachal Hawkins (library) This one was a very entertaining read. It is an updated retelling of the Jane Eyre story. I really enjoyed it and would recommend.
How Carrots Won The Trojan War by Rebecca Rupp Super fun read about the history of many different vegetables.  Loved it, very entertaining and makes me want to go back and try some veggies, like broccoli, beets and brussels sprouts again. (not my favorites)
Shit, Actually by Lindy West (library) movie reviews by Lindy West. From the Lion King to Face/Off, funny and even though I don't always agree, I thought it was good
White Magic by Elissa Washuta (library) Essays about her native american experience
Come Fly the World by Julia Cooke Pan Am stories, or course I enjoyed them.
Posted by Amanda from Seattle at 11:16 AM