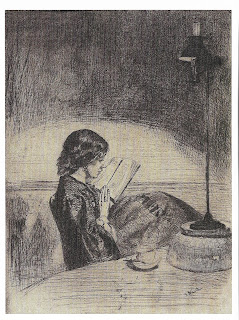 Leave the World Behind by Alam Rumaan (library) creepy little book about a family isolated during a storm....or is there really a storm?
Top of the Morning by Brian Stelter (library) The story of morning TV news, the Today Show and Good Morning America and their rivalry.
Food Rules by Michael Pollan Quick little read that is just a consolidation of the things you learn when reading Pollan's books. Things like "shop the perimeter of the grocery store and stay out of the middle" and "leave something on  your plate" etc
Hawker Denver Strike by Randy Wayne White I am a fan of Randy Wayne White and I had not seen this book before. It is part of a series of books about a vigilante sniper that take place in different cities all over the USA. He wrote these early in his career as a writer, under a pseudonym.
Heroes by Stephen Fry (library) He takes the Greek stories and makes them understandable for a modern reader.
In A Dark Dark Wood by Tana French (audiobook) unreliable narrator? Or victim? I had read this before, but had totally forgotten it and was caught up in the reading as an audiobook. Looking back, I read the book in 2016, so looks like after 5 years, I can just go back and reread everything!! LOL
The Salt Path by Raynor Winn (library) About a couple who walk the South West Coast Path in the UK after losing their home. Very good. I recommend.
Death In Her Hands by Ottessa Moshfegh (library) nice short thriller, unreliable narrator AGAIN, I am still not sure what happened in this one, I might need to read it again to get a handle on it. Was there a murder? was it all in her head? Was she the one murdered? Did she murder her husband? So many questions!! But in a good way. Very intriguing.
Grown Ups by Emma Jane Unsworth (library) a fun look at a woman obsessed with social media and how it affects her relationships in real life with her friend, her mother and her boyfriend.
Jean and Johnny, Fifteen and The Luckiest Girl by Beverly Cleary In honor of Beverly Cleary, I read these 3 books. Some of the teenage books by Cleary I realized that I had not read them as a child so I really enjoyed them now.
Funereal for  Friend by Brian Freeman (library) This is part of a series of mysteries by Mr. Freeman. I did not enjoy it coming into it in the middle. Maybe if I had started his books with the first one, I might have cared more about the characters and enjoyed it more.
Posted by Amanda from Seattle at 11:14 AM