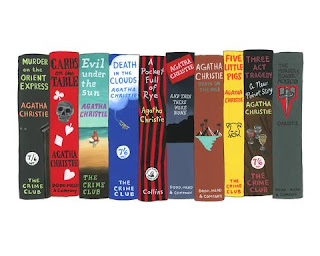 
Behind Closed Doors by B. A. Paris (library) The perfect couple is not so perfect, suspenseful and how is she going to get out of this situation??
Detroit Noir ed by B. L. Olsen and John C. Hocking short stories set in Detroit. There is a whole series of these Noir titles set in cities around the world and I plan to read all of them!
The Sisters Brothers by Patrick DeWitt (library) I really enjoyed this fictionalized story of two brothers who were outlaws in the west.
Angels by Denis Johnson (library)  a runaway and an ex-con are traveling together in 1960's -70's (?) America. It was interesting.
Rock Picker's Guide to Lake Superior's North Shore by Mark Sparky Stensaas Studying up on the rocks I was looking for in Minnesota
The Swans of Fifth Avenue by Melanie Benjamin (audiobook) I read this book when it first came out, I usually like to "reread" books via audiobook because I do not have to pay as much attention to them, since I already know the story. I usually listen to these while driving and I don't want to have to pay too much attention to the book. I enjoyed this one while driving around Minnesota while Ryan was hiking the Superior Hiking Trail.
Calypso by David Sedaris (library) Ryan and I listened to an interview that Sedaris did about this book and we both were intrigued to read more! I enjoyed it, but then I am of a certain age and I have those ties to North Carolina Beach towns (and vacationing in them). I laughed out loud several times while reading this book.
Psych: A Fatal Frame of Mind by William Rabkin novelization of the Psych TV show with an all new mystery! pretty good, I liked it better than I did the Driving Heat book that is tied to the Castle TV show.
Driving Heat by Richard Castle (audiobook) These books are really a sort of inside joke, being  created to due to the popularity of the Castle TV show. The first couple of them were pretty good, but it is evident that they use ghost writers and the character of Nikki Heat does waffle a bit from book to book. This one was just okay. I did like the use of drones in the plot. (so modern) LOL
Outsider by Stephen King (library) Slogging thru this huge book, only because it is Stephen King. It is okay, I am reminded of Dean Koontz, where something normal turns supernatural. Am I growing out of Stephen King/Horror? Because I was not riveted. It was good....but I had to make myself read it.
The Assistants  by Camille Perri (library) I really enjoyed this one, laughed out loud a couple of times. Assistants to powerful men sort of do an embezzling heist kind of a thing.
The Extra Woman by Joanna Scutts (library) non-fiction about the woman who wrote Live Alone and Like It (Marjorie Hillis) back in 1936. I really enjoyed it. Traces the evolution of women living alone thru the depression and into the war years, the 1950's-60's etc
I Know My Name by Carolyn Jess-Cooke (library) Interesting Psychological  mystery about a missing woman. It took me a while before I figured it out.  But then that did not lessen the appeal of the mystery.
Bark and Roll Forever by Claire Cook (library) part of the fun of these books to me is that the author got her big break so late in life. She celebrates this in  her acknowledgements.


To Be Read:
The Immortalists by Chloe Benjamin
Toronto Noir ed. by Janine Armin and Nathaniel G. Moore
The Seashell on the Mountaintop by Alan Cutler
Talking to Girls about Duran Duran by Rob Sheffield
Unsigned by Julie Kaewert


Posted by Amanda from Seattle at 7:05 PM