So last week, my sister and I had the opportunity to fly out to an airshow in some Boeing Stearman Biplanes. Yeah, I am all about that!! 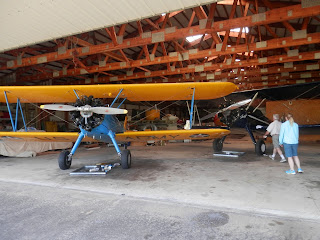 Rick and Dave Conn are American Airlines Pilots who own and fly these awesome airplanes. And they do aerobatics in their biplanes too!! IN FORMATION!!  It does not get any better than this....


The Flying Circus operates every Sunday, May through October. So there is still time this year to get out there....I plan to be back next summer for sure.


The Boeing Stearman is a biplane that was used as a military trainer aircraft. Over 10,000 were built in the United States during the 30's and 40's.  Stearman Aircraft was bought by Boeing in 1934. It served as a primary trainer for the United States Army Air Forces, the United States Navy, and with the Royal Canadian Air Force throughout World War II.  After the war, thousands of surplus aircraft were sold on the civilian market. In the immediate postwar years they became popular as crop dusters, sports planes, and for aerobatic and wing walking use in air shows.


United Airlines IAD (Dulles) was having a reunion on this weekend and they brought out some displays of memorabilia. I am inspired on how to display my Piedmont memorabilia. 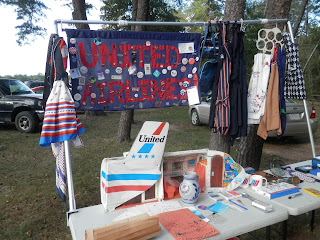 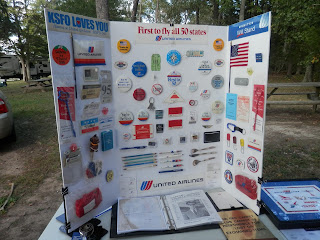 The Flying Circus was started in 1970 and the core group of pilots has grown through the years flying WACO and Stearman aircraft and celebrating the barnstorming era of flight. Aerial demonstrations, thrilling acts and rides were central to barnstorming and what the Flying Circus is all about. The aircraft are all privately owned and barring the occasional work or family commitment, the pilots bring them to the field to share them with the audience every Sunday from May to October. 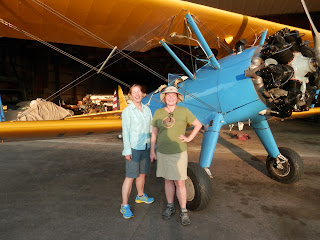 Also they have a Hot Air Balloon festival in the summer!! I think I need to plan my next visit for that. 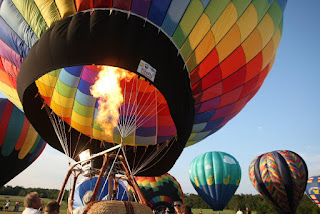 In Out of Africa, it is a Gypsy Moth, not the same plane, but you get the idea.... 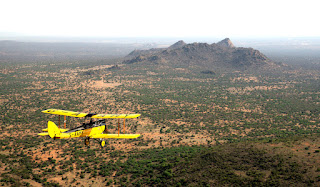 And if you want more Bi-Plane fun in the movies, check out High Road to China starring Tom Selleck and Bess Armstrong. Their planes are Stampe SV-4 but again,you get the idea.... 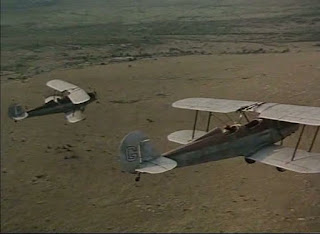 Posted by Amanda from Seattle at 8:45 AM

Love this! Romana is a pilot, and knows a lot about this stuff, and in her studying it, I became interested. It's awesome! Thanks for sharing!