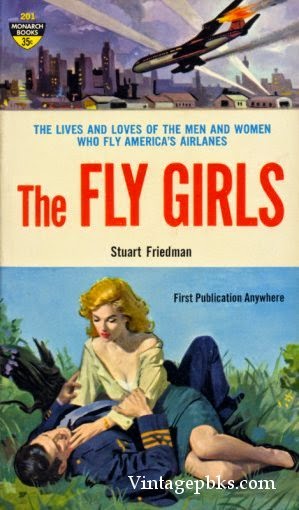 Rin Tin Tin: The life and legend by Susan Orlean (audiobook) I really enjoyed it. What is not to like about a book about a legendary dog?
Fallen Women by Sandra Dallas (library) A murder mystery set in the 1880's Denver, Colorado. A prostitute is murdered and she has ties to a wealthy NYC family. Her estranged sister comes to find out more about her death.
The Fireman by Joe Hill (library) I can't help always comparing Joe Hill with Stephen King. I am such a King fan that I go, well there was Firestarter and this is just an evolution of that kind of thing. I always found Stephen King's writing to be so easy to read. I just fell into the world that he created. Maybe because it was easy to fall into, even when things got really really weird, there was always that element of the mundane that kept you grounded that you recognized. With Joe Hill, I find it harder to suspend my disbelief, but that might be also because I am older now and I come to horror and fantasy with a more jaded attitude.
The Way We Never Were by Stephanie Coontz (library) It reads like a text book, but I found the subject matter very interesting. It is basically about the myth of the 2 parent household. The 1950's ideal that everyone had a Mom at home and a Dad who worked. The reality in the USA was that this ideal was the rarity, not the norm.
The Woman in Cabin 10 by Ruth Ware (library audiobook) Fun thriller, for those of you who like Girl on a Train and Gone Girl and stuff like that. I got annoyed a bit with the narrator. She was pretty stupid a lot of the time. But it kept me guessing and I wanted to find out what happened in the end.
The Lacquer Screen by Robert Van Gulik a Judge Dee mystery. I just discovered this series of murder mysteries about a Chinese Magistrate during the Tang Dynasty. I am enjoying them! Set in the 7th Century, there are really cool cultural details about China that intrigue me.
Fangirl by Rainbow Rowell. ( library) really enjoyed.  I recommend to Alisa  it's YA about a girl starting college who writes fan fiction for a popular magical series.
Lies My Teacher Told Me by James Loewen (library) I love learning this stuff!  Wow, History was not as boring as I always thought.
You Will Know Me by Megan Abbott (library) the cutthroat world of gymnasts. With a mysterious death.....It was a fast and entertaining read. Although I had it figured out early on in the book.
Necklace and Calabash by Robert Van Gulik I like these mysteries and I like the traditional chinese illustrations that the author made for them also.
The Gilded Years by Karin Tanabe (library). About college girls at Vassar in 1897. The twist is that one of them is a light skinned black girl passing as white. In this post Civil War world, her entire world could come crumbling down if anyone learns her secret.  I loved the college era stuff. And it is based on a true story.
We Could be Beautiful by  Swan Huntley (library) Psychological thriller. Rich woman, perfect boyfriend.....but is he really??? I can't really recommend it.  I did not find the characters sympathetic. So I did not really care if she was deceived
The Twin Ring Mystery by Mildred Wirt reading one of my collection of Wirt books. it is GOOD!! LOL
All the Missing Girls by Megan Miranda (library) An interesting gimmick, it is written " backwards" each chapter is what happened the day before...This thriller is about a woman who goes back to her home town where a second girl goes missing and her Alzheimer's afflicted father is a suspect in a first missing girl cold case from 15 years earlier.  I was more interested in this story than in the We Could Be Beautiful people.

Posted by Amanda from Seattle at 1:41 PM

Reading the Gilded Yesrs today on your recommendation. Enjoying it.