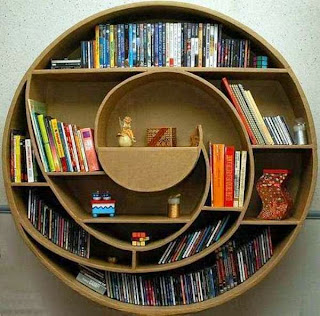 I Married a Dead Man by Cornell Woolrich  this one was made into a movie starring Barbara Stanwyck called No Man of Her Own. Of course, Hollywood made it a happy ending and the book is a little darker.
Don't Breathe a Word by Jennifer McMahon very creepy Stephen Kingish type book about a girl who goes missing and her family thinks she was stolen by fairies. I'm gonna look for more by this author.
A Dangerous Place by Jacqueline Winspear (library)a very sad book. It might be my reaction to grief, but there is a lot of sadness in this mystery. I enjoyed it, but don't look here for sweetness and light
Shovel Ready by Adam Sternbergh (library) about a hitman in the future. The descriptive prose made me think of Blade Runner or Minority Report. Lots of violence so warning to those that don't like that.
Doll Bones by Holly Black (library) a YA book, and really really good!! Creepy Ghost story stuff. Highly recommend
Vicki Finds the Answer by Helen Wells The Vicki Barr Flight Stewardess series is similar to Nancy Drew. They were written and published from 1947 to 1964. This is the second title in the series. Through her job as a stewardess, Vicki gets involved in mysteries and solves them. The job of a flight attendant is of course highlighted and the books are fun for me to read because of that.
Doc by Mary Dorla Russell (library) The Doc Holiday Story! I loved Val Kilmer's Doc Holliday in the movie Tombstone and now I just love Doc Holliday. There should be a movie just about Doc Holliday!!
The Three by Sarah Lotz (library) I really enjoyed Day Four by this author last month, so this is another paranormal thriller by her. Creepy stuff
The Black Path of Fear by Cornell Woolrich another Noir Novel by this master. I cannot believe I never heard of this man until now!!!
Once Upon a River by Bonnie Jo Campbell (library) This is  my second read of this book, I read it last spring and enjoyed it.
The First Fifteen Lives of Harry August by Claire North (library) In a month where everyone is talking about "Back to the Future", it seemed appropriate that I was reading this novel about time travel and multiple lives!
Where They Found Her by Kimberly McCreight (library) great mystery, I liked the use of multiple viewpoints to keep you on your toes, so I was figuring it out as it unfolded
Pirate Hunters by Robert Kurson (library) I liked it, but it was not as riveting as I had hoped. If you are interested in the subject matter, you will enjoy it. (non-fiction account of divers discovering a real Pirate Ship!)
Harriet Wolf's Seventh Book of Wonders by Julianna Baggott (library) About the daughter of a famous eccentric author. I liked it
Hallowe'en Party by Agatha Christie rereading this one for the holiday! :-)


Posted by Amanda from Seattle at 4:30 PM