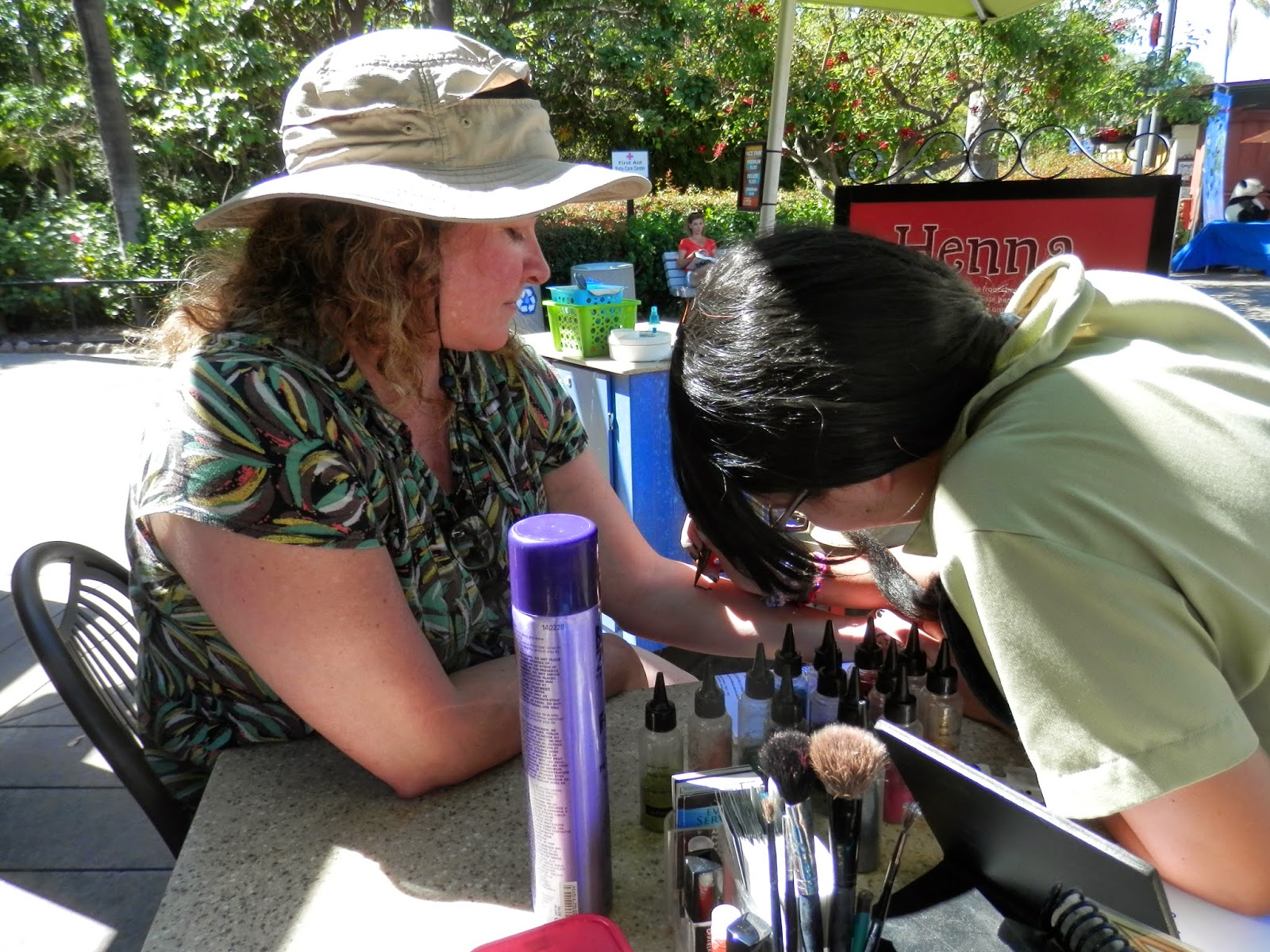 Recently while in San Diego, I visited the San Diego Zoo and in the children's section with the face painters and the glitter tattoos there was a girl doing Henna Tattoos. My friend Lea and I decided that we wanted to get Nancy Drew Henna Tattoos and so we did!! It was a lot of fun and I would do it again.
Henna is a paste made from the crushed leaves and twigs of the henna plant. When this paste is applied to the skin and left for a few hours it leaves an orange or maroon stain which fades away in 7-14 days. 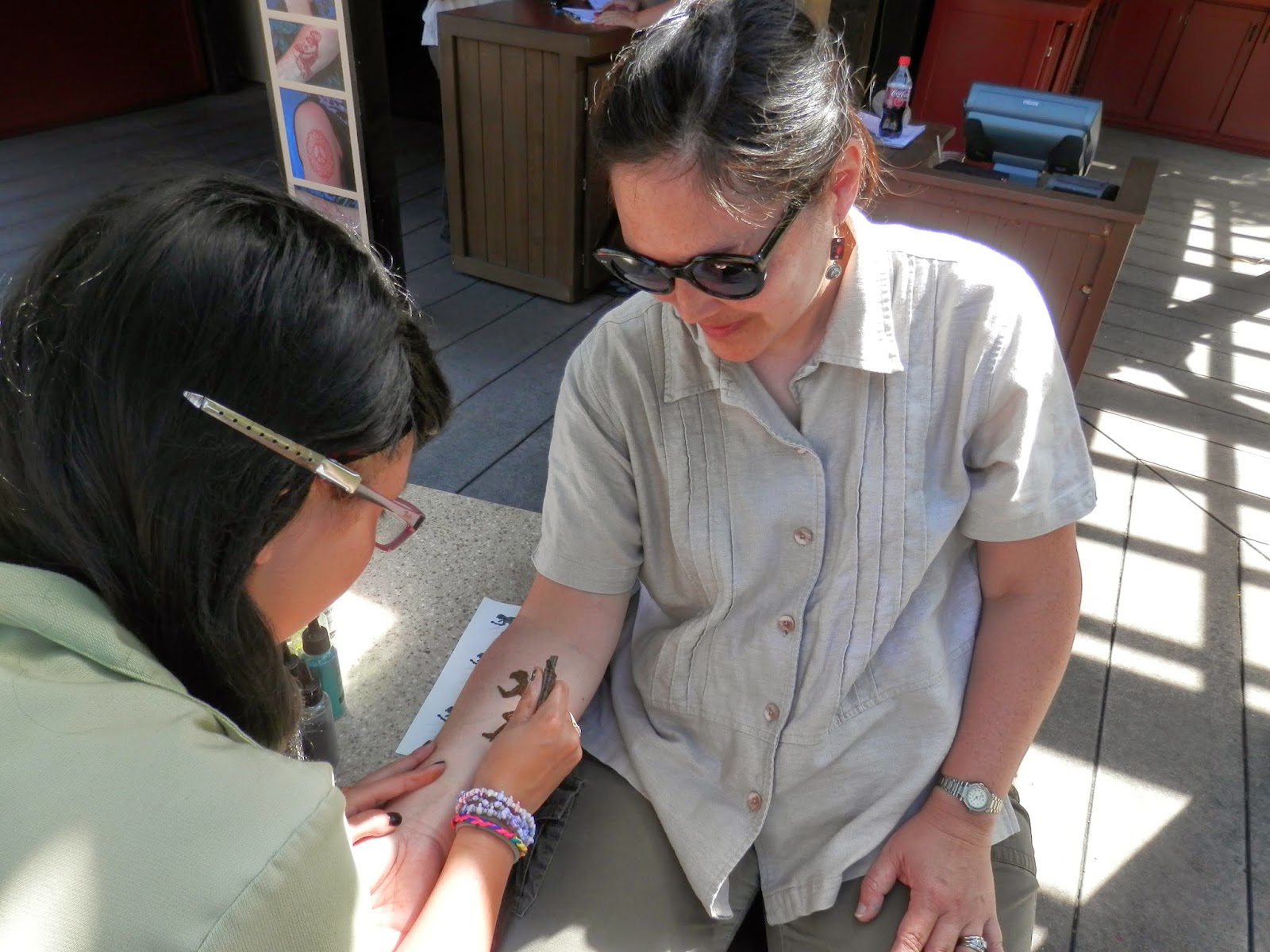 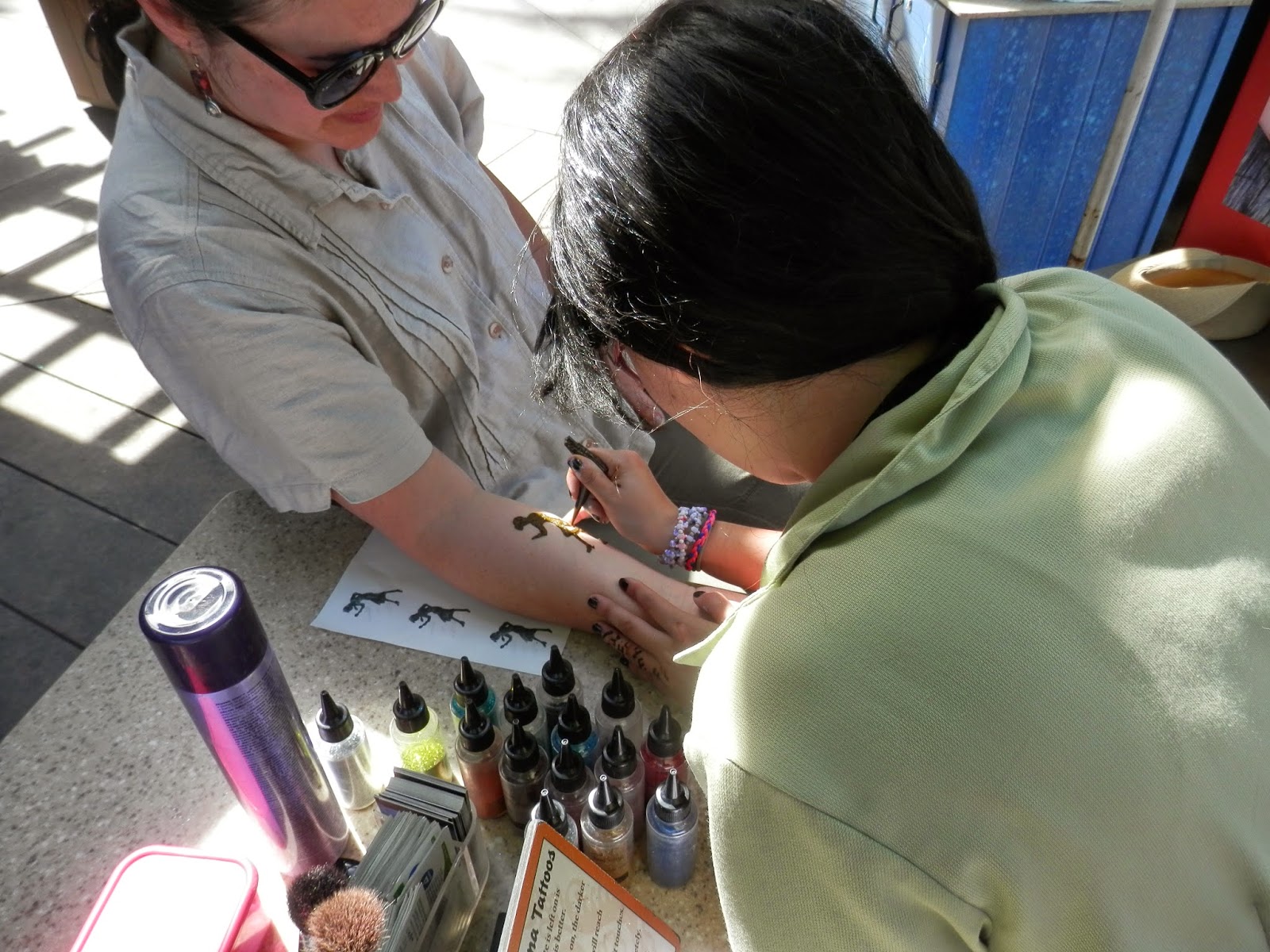 Traditionally, Henna was used to adorn young women's bodies for social and holiday celebrations in the Eastern Mediterranean. Henna was considered a blessing and applied for joy and luck as well as beauty. It was considered a divine experience to adorn your body with Henna. Now a days, henna has become a fashion statement. 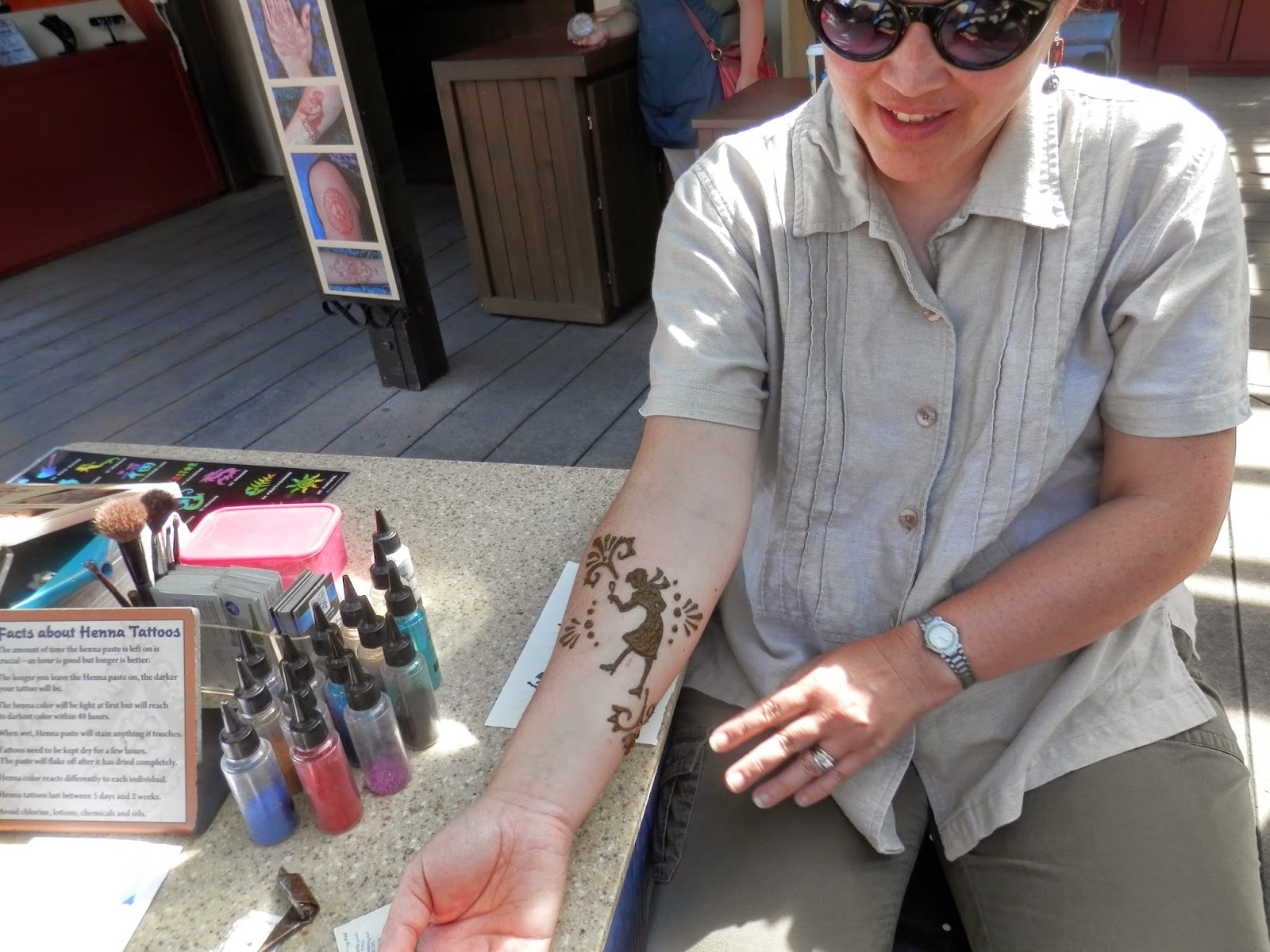 We had pictures of the Nancy Drew silhouettes that we wanted on our arms. Because it is not every day that someone shows up at the zoo and wants Nancy Drew on her arm.  You can see in the one picture that the girl is looking at our silhouette while she draws it on the skin with the henna dye. 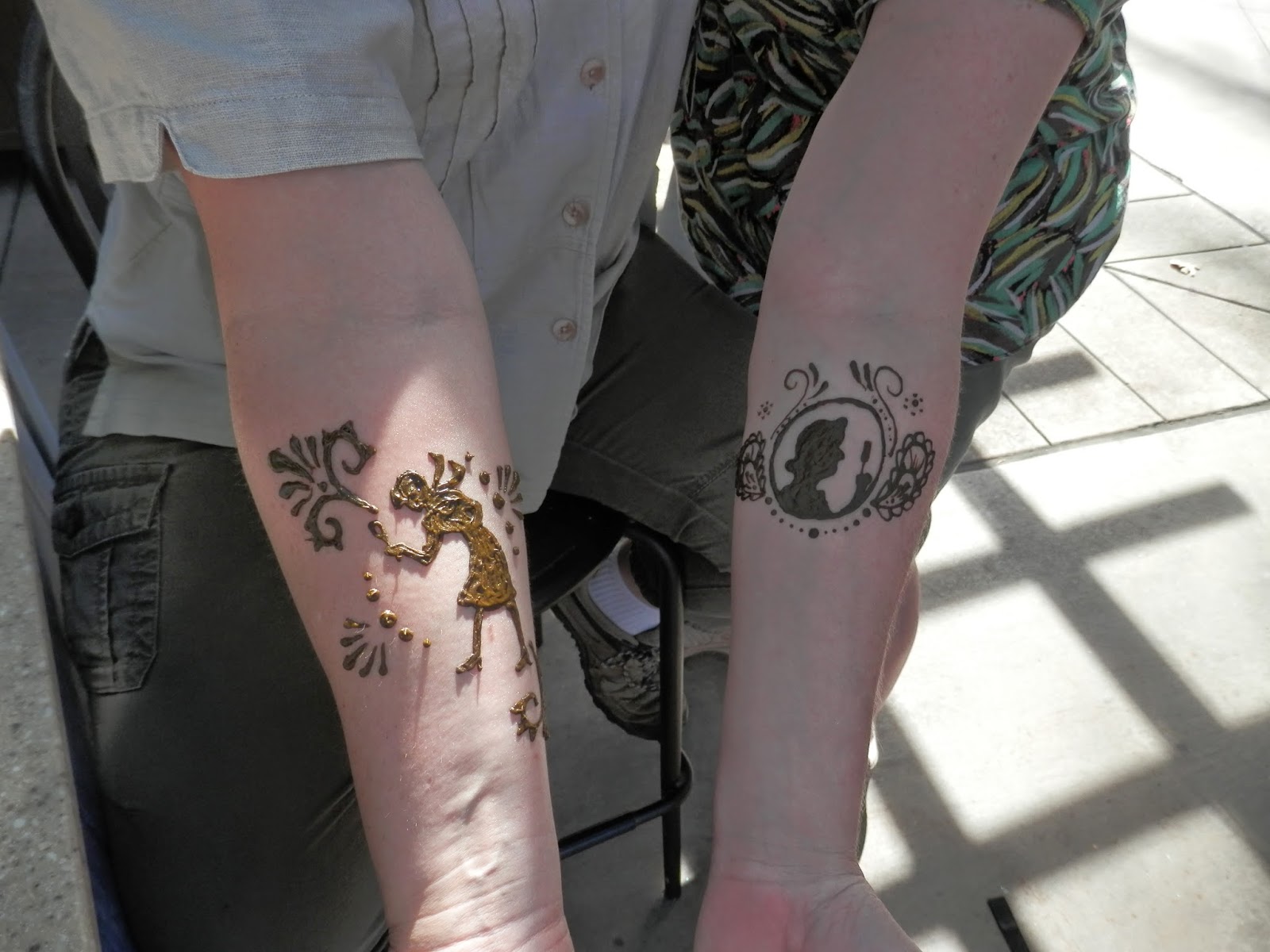 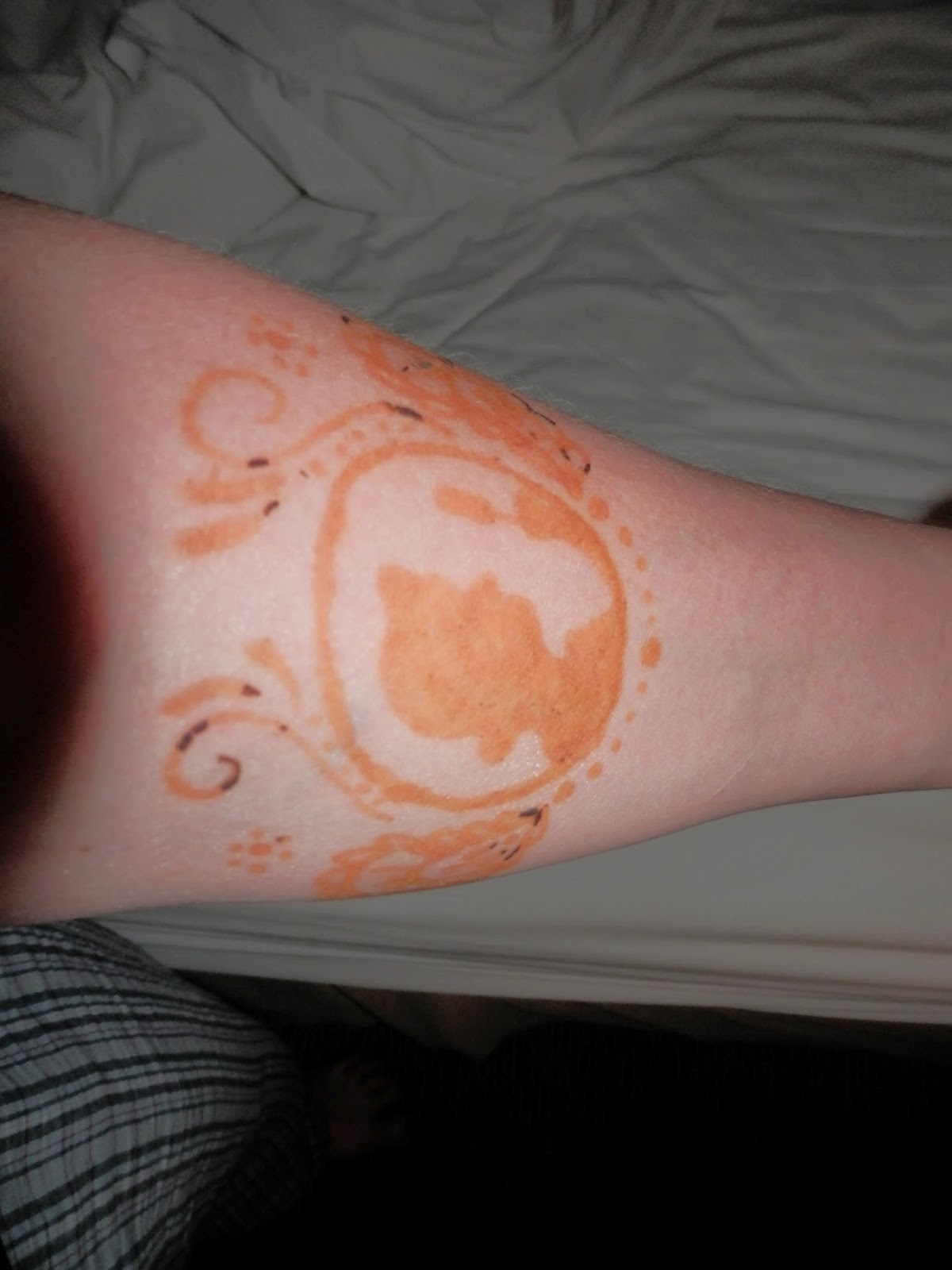 It was really gunky just after application and we were supposed to let it dry for an hour before we could touch it at all. We were also to be careful about getting it on our clothes. It is a dye after all! And if you smear it, it could smear the design.  Once the paste is dry, it starts flaking off. For the best color, we were told to leave the paste on as long as possible. The hard outer shell part would flake off and then you would be left with the light orange image like in the photo to the right. You can see some of the "shell-like" or "scab-like" parts still on my skin there, but most of it has flaked away. This photo was taken the same night that we had the tattoos applied.  The Orange would deepen in color and become mostly brown by the second day. 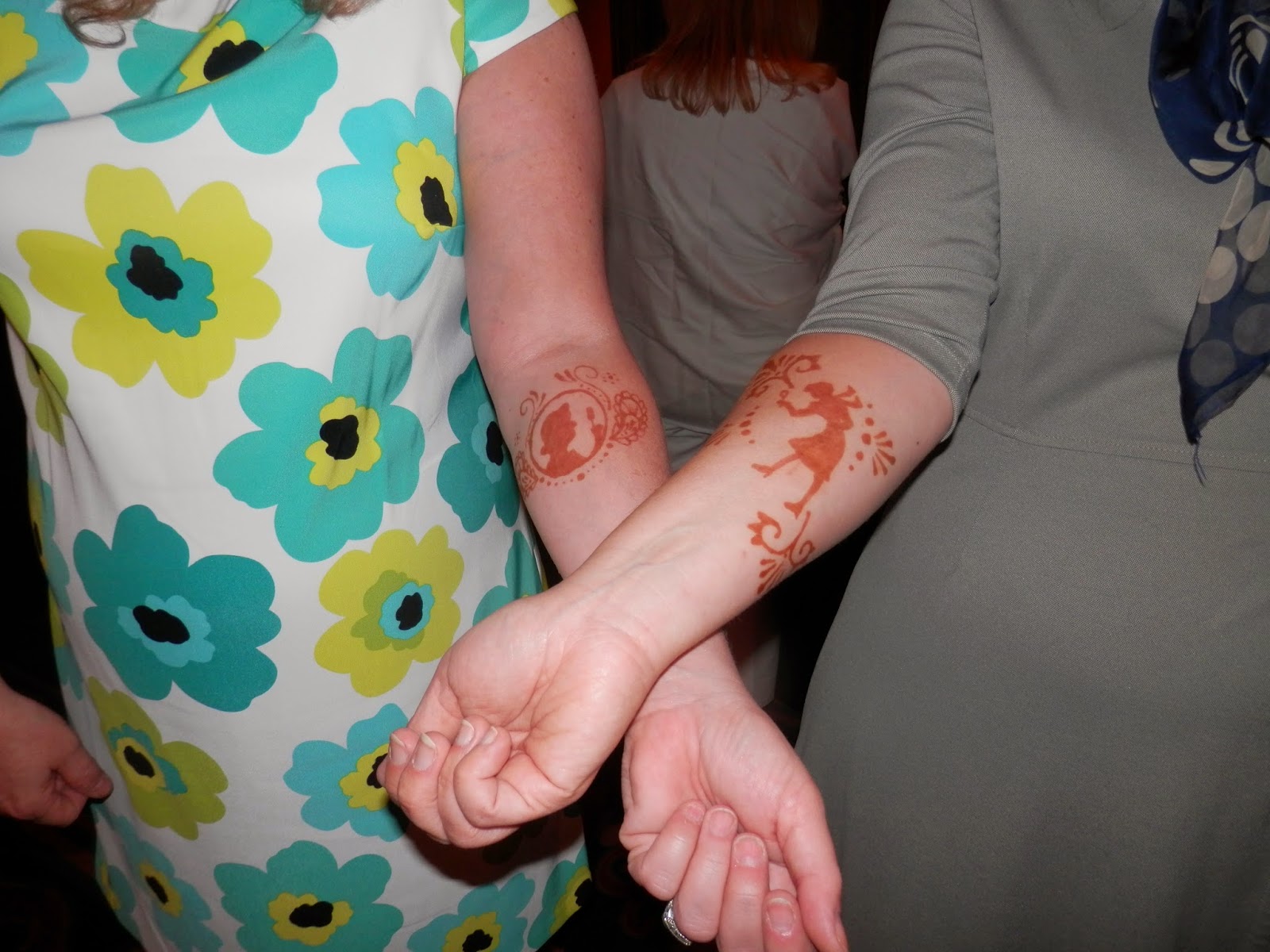 The previous photo was taken at a party the next night after having our Henna Tattoos for one full day. As I said, I would definitely do it again. The bottom photo is my tattoo after one full week and you can see it is fading away.  Mine lasted for about a week and a half. Fourteen days after it was applied, it was gone. 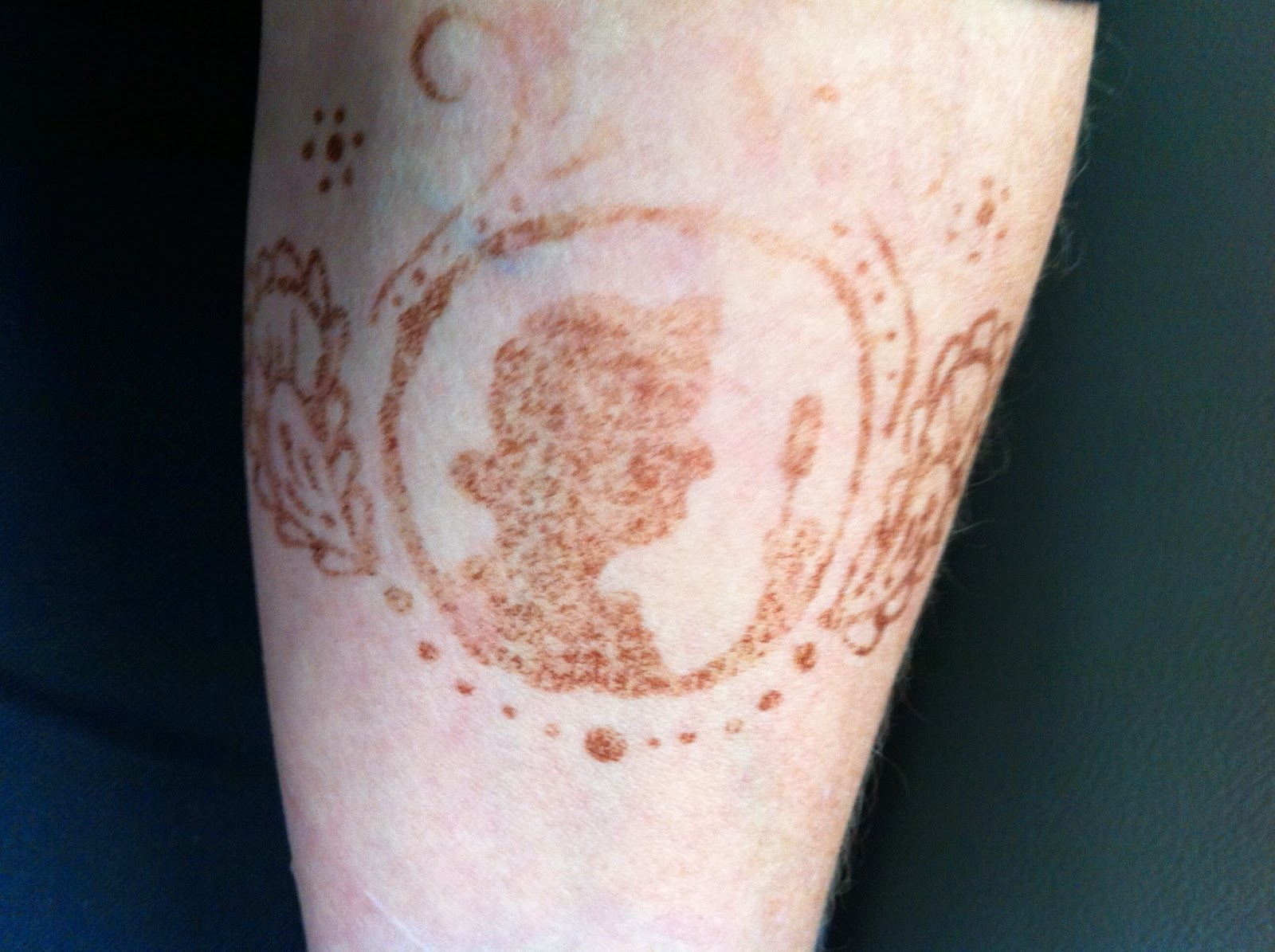 I'll be doing lots of hiking this August to help support Washington Trails. I hope you can help me out by donating a dollar or two to the cause!   ...just follow this link and help me help Washington State Trails.  If you don't like sending money over the internet, you can always send me a check or cash to Amanda Arkebauer  PO Box 16131 Seattle, WA  98116
Posted by Amanda from Seattle at 5:18 PM

I have never gotten henna, but I think Nancy Drew henna is FUN!

I would get Nancy henna'd on me anytime!

I had a henna tattoo once and apparently I am allergic to it. I broke out in hives.