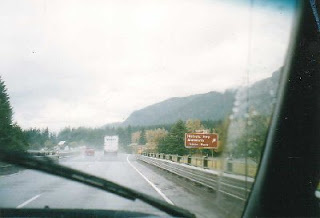 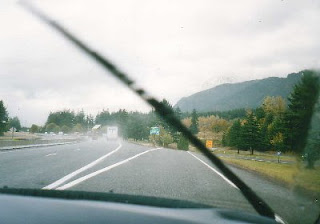 I just came across some old photos while cleaning out a closet and I thought they might serve as a cautionary tale to those of you letterboxing this autumn season.

I was on the hunt for my 100th letterbox in October of 2001. My sister had rented a car and we had driven down to the Columbia River Gorge to hike and letterbox. We were staying at the McMenamins Edgefield Inn in their hostel section. We had been having a terrific time, despite the rainy weather that year.
McMenamins Edgefield 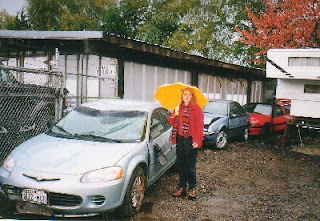 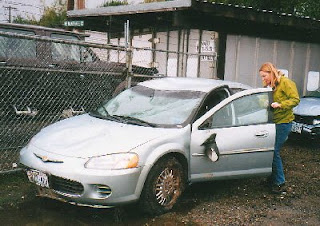 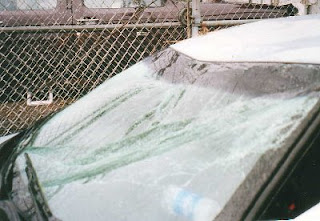 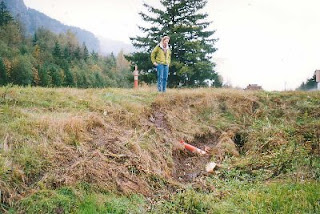 Then disaster struck! We hydroplaned off the highway exit ramp and flipped the rental car. We were very very lucky and were not hurt at all. A fire engine had seen us flip and was on the scene almost immediately. Very cute, very young fire fighters, who were somewhat disappointed not to have to use the jaws of life to pry us from the vehicle helped us out of the ditch. 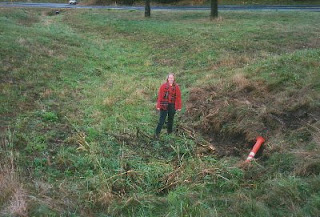 We waited in their rig for the cops to show up and then an Oregon State Trooper drove us back to McMenamin's Edgefield. Luckily, we have great insurance and the rental car people gave us another car the very next day and I was able to return to Horsetail Falls and find the Octopus Letterbox! 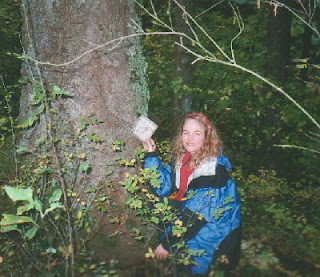 Posted by Amanda from Seattle at 5:15 PM

Whew! Stories like that always give me a chill.

Wow! You don't even let car wrecks stop you from letterboxing! I bet the Icehouse made a few bucks off you guys after that incident! ;) Poodle Dudes

OMG, I am so glad to hear this story from you, instead of about you.

Makes me want my Chrysler back :)

I was in another wreck back in 1992 or so in a Volvo. There was a Honda also involved. We had slight damage and no injuries, the folks in the Honda were totalled and had injuries as well! The same exact thing happened to both cars (a Huge Tire from a semi had come rolling across the median and hit us first and then hit the Honda) That really convinced me about the safety of the Volvo!!! :-)